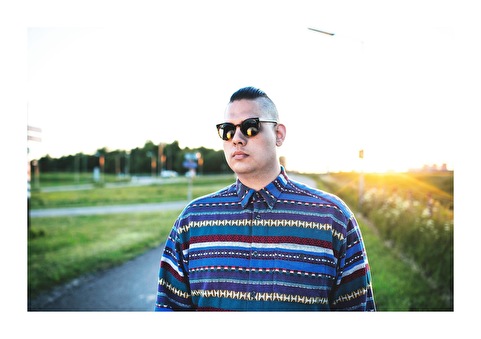 Currently Steven is spearheading Triphouse Rotterdam, a collective of creative people from the city of Rotterdam who share a common love for house music with a psychedelic touch. The collective operates from their recordstore located in the Kralingen district, that functions as a communal gathering space for the local scene. Together they also runs several club nights and festivals, a monthly show on Red Light Radio, the Triphouse Rotterdam label, Triphouse Rotterdam Academy and various events focussing on creative and entrepreneurial growth for musicians and promoters. With these activities Steven plays a vital role in maintaining a much needed platform for contemporary electronic music in his hometown, resulting in him being dubbed by local media as 'one of the architects behind the revival of the Rotterdam nightlife'. His little spare time is spent in the studio working on his own productions that have surfaced on labels such as Wolfskuil Ltd, Kindisch, Grammafoon, Manual and their own Triphouse Rotterdam imprint over the last years. On a shorter notice: keep an eye out for this enthusiastic and highly motivated house freak, soon to be setting fire to a dance floor near you!

For a list of upcoming gigs please check:
http://gigs.gigatools.com/user/stevenpieters

Some festivals, clubs and parties where Steven performed:

Available for bookings as:

Steven Pieters - Turn Up The Space ...