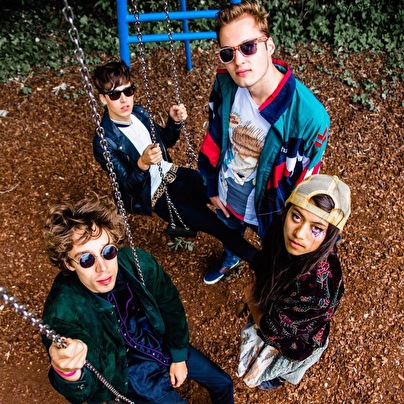 45ACIDBABIES is a band consisting of four members, born in Utrecht, The Netherlands. Their tunes are best described as BubblegumGarage and/or Cartoonpunk. Guaranteeing an expressive and loud live show in which they search for the sweet spot between cutesy and goshdarn damnation.
After selling out their own dutch headliner tour, having a featuring song in Homeland, and supporting icons such as Sleigh Bells, Millionaire and the XX the band is ready for more.