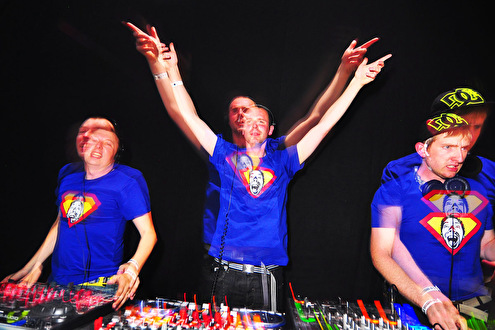 After taking a break for a year he came back to be runner up on Jaguar Skills Radio 1 show at the end of 2011 with 47 tunes in 3 minuets mini mix, in 2012 he became part of the "Hard Crew Heroes" for the legendary Bang Face night/weekender, which is a special three way DJ set with Dave Skywalker and Bassbin Terrorizer, he is also now part of "Run Tingz Recordings" record label, where he co-hosts a weekly Tuesday night Radio show on Bristols leading Urban station with co promoter and Run Tingz founder LXP, called "The Run Tingz Take Over" every Tuesdat from 9pm - 11pm on 98fm Bristol or online at www.ujimaradio.com. The show is dedicated to pushing Jungle/DnB/Bassline orientated music.
Recently he has started doing mixes for Ramajam Recordings and talked about starting some new projects!