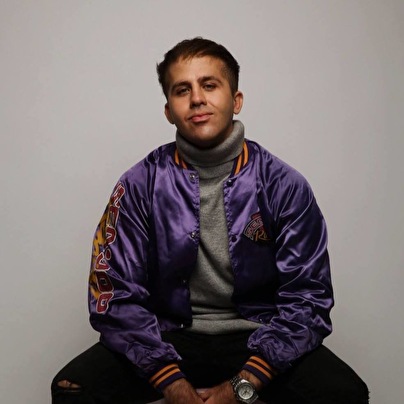 First gaining industry recognition for his unofficial, dancefloor-slaying remix of Axwell
& Ingrosso's 'Roar' that was scouted by Hardwell to receive airplay on his Hardwell On Air radio show, Manse gained a debut Revealed Recordings release soon after with his 'Escape' remix on the imprint that was handpicked out of over 3500 submissions, proving his talents unstoppable. Garnering momentum as a fan-favourite and receiving international airplay on magnificent stations including the UK's prestigious BBC Radio 1, these moments signalled an inevitable rise for Manse's career, when he was personally invited by Nicky Romero to remix his 'Let Me Feel' single with Vicetone - and here, things were only just getting started…

Summer 2014 saw Manse spread his wings and play at Revealed's label party out at Ibiza's luxurious Ushuaia venue, his uplifting and melodic workings captivating the peak time crowds, not to mention his unique concoction of mash-ups and previews of original material, all holding their weight alongside familiar Revealed names that also graced the stage including Thomas Gold and Blasterjaxx, resulting in a absolute highlight set of the Summer.

As well as long-time Top 10 DJ Dash Berlin enlisting Manse for remix duties on his collaboration with John Dahlbäck entitled 'Never Let You Go', he also worked his magic on Canadian punks Down With Webster's 'Chills' on Armada's Trice, receiving wide support across international dance radioshows and at events from Ibiza to Tomorrowland. More recently, his collaboration 'Metric' with Kill The Buzz showed off Manse's more groovy, club-friendly side.

Manse's hotly-tipped 'Freeze Time' track featuring vocals of Alice Berg, premiered on Pete Tong's Radio 1 show and was also labelled as a future anthem across the airwaves by Hardwell himself. The track hit both #2 in the Beatport progressive house chart and #8 in the overall chart. This year's Miami Music Week Manse demonstrated his live skills at the Revealed Sirius XM Lounge takeover, one of the biggest satellite stations in the US with over 20 million subscribers, that saw him pack his set with upcoming exclusives - impressive work from a producer that came through the rankings a little over 12 months ago.

Manse's unique capability to instil emotion into his melodies and tell a story through his productions is unparalleled. By marrying together his own brand of big-room and progressive house with trailing electro influences, Manse possesses the Midas touch that highlights his exceptional talent as one that is unique and will surely send him far, in an often over-saturated industry.

Now as we slide ever deeper into 2015, Michael Hansen aka Manse has a slew of huge releases lined up with Revealed, including the follow-up to 'Freeze Time' that will be a collaboration with vocalist Chris Jones forthcoming on the label, as well as substantial festival dates pencilled in for the approaching Summer season including a spot at the Revealed area for Tomorrowland and multiple Ibiza dates. With his down-to-earth personality and well-crafted future anthems, things are only set to get bigger and better for Sweden's brightest upcoming talent.