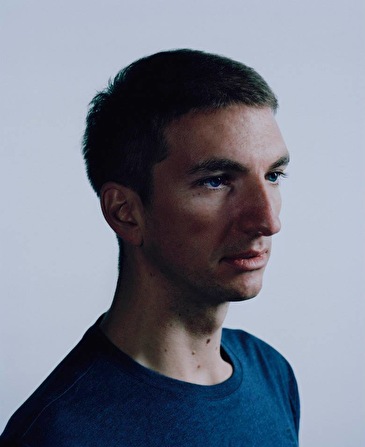 Banks grew up in the sleepily rustic and preposterously named Buckinghamshire backwater of Newton Blossomville. At an early age his guitar-playing older brother introduced him to the heavy rock sounds of Guns'n'Roses, Metallica and Megadeth, as well as the cosmic jamming of '90s space rockers Ozric Tentacles. Meanwhile he was also riveted by TV coverage of Orbital playing at Glastonbury. He started concurrently learning to play guitar, drums and piano. He was good at them. Local village kids would ask him out to join them only to be told, 'Not today, I'm just learning a Steve Vai solo."
Before long Alex was doing GCSEs in both Music and Expressive Arts Music. Once he understood the concept of four track recording he was unstoppable. His music teacher suggested he take an A Level in Music Technology alongside his GCSEs. He flew through it with flying colours and moved to London aged 16, living with his brother to study for the second year of a Diploma in Professional Music at Brunel University in Twickenham. The years that followed were, he says, 'debauched". 'I was 17 when I first went to a rave," he recalls, 'I'd been to [trance Mecca] Escape From Samsara then went to a free party afterwards. I remember it was the first time I'd heard jungle, at 8.00 AM, with loads of energy, dancing my arse off."

As his diploma finished he threw himself into the underground techno scene, going to events such as K.O.L.S. in Acton and the regular Club 414 in Brixton, as well as annual pilgrimages to Glastonbury. He earned money playing jazz gigs with his brother, spending it on monitors, mixers and the like. Eventually he signed up for a degree in music at Westminster where his contemporaries included Jamie Woon and producer Al Shux (co-writer and producer of Jay-Z and Alicia Keys' mega-hit, 'Empire State of Mind'). He wrote a dissertation on 'The Effects of Commercialization on the Artistic Value of Dance Music', which he dismisses as 'mostly bollocks", he learnt how the music business worked ('useful – it suddenly didn't seem so impenetrable"), spent days and nights in the studio trying to put an album together ('which gave me a deeper understanding of my potential"), and, perhaps, as important was one particular evening spent at Mr Scruff's Keep It Unreal night. 'It crystallized my ideas about what I thought I could do," Alex says, 'He played an eight hour set, starting off with ambient then upping the tempo very slowly and ending up at drum & bass. It made me think lots about whether all dance music is art and where I fitted in. The way he unified a crowd, aged from 18 to 50, propelled me to a deep confidence that this was what I was put in on earth to do, not part of any particular scene but just binding elements together musically."

After graduating Alex left uni and retreated back to Newton Blossomville where money was tight but he spent his nights working on new productions. One day some Westminster Uni friends who'd moved into advertising asked him if he could 'come up with something for an advert that sounds like a cross between Moby and Snow Patrol." They needed it by the following day. Alex stayed up all night and delivered. It led him to form his own company, writing for the likes of X-Box, Sony and Nissan, and giving him the financial clout to move to the south coast and set about honing his musical productions whilst immersing himself in the Brighton music scene. His new home of Brighton proved to be the final piece of the creative jigsaw. Having given clubland his hedonic best over many years, he explored the city's music scene in a more circumspect manner, soaking up nights featuring everyone from Carl Craig to Joy Orbison, but returning to work in his new studio which he shared with Maxxi Soundsystem (and Tru Thought's TM Juke upstairs, plus Ninja Tune's Qemists next door). Before long he'd bought so much tasty analogue kit he had to shift to a larger space at The Levellers' Metway Studios, where the likes of Adam Freeland, Orbital and Evil Nine have all worked. 'I enjoy the community aspect of the music scene down here," he enthuses, 'There's so many producers, DJs and musicians, people you know, out and about, all exchanging ideas and catching up musically."

By 2012 he had turned in profile-raising remixes for Ninja Tune, such as of Andreya Triana's ''Lost Where I Belong' and Bonobo's 'The Keeper', as well as being voted Solid Steel mix set of the year, but a game-changing opening came when he signed recently to Monkeytown. Thus he's been DJing on the recent Moderat tour and there's talk of his live show being support act on the next one. He can't wait to be up there with his Moog Voyager, laptop and new Ableton controller, and is already sorting the visual aspect of the performances working alongside Berlin based visuals crew Transforma, bringing to life his mesmerising new album. Its ten tracks explode with vitality, flecked with subtlety and depth, at once utterly contemporary but tinged with all the genres and flavours he's ever dipped into. The single, 'All You Could Do', for instance, replete with a Phon.o remix, comes on like a pin sharp glitch-hop Esben & the Witch, but elsewhere 'Sheya' throbs like Art Department's deep house at a dubstep convention, opener 'Silent Embrace' is a silky match for the likes of London Grammar and Jesse Ware, and the bouncing 'Initiate' is pitched midway between what Maceo Plex and James Holden are up to. All in all, it's a potent brew. 'It incorporates all the music that excites me," says Alex, 'I've always found the idea of making an album in any one style too limiting. I wanted to explore the most cutting edge production techniques technology allows but with an emotive human warmth. I want it to sound current but have enough substance for people to still listen to it in ten years time."

With material as strong as 'Illuminate', they may well be. Alex Banks is a man at the very start of something, an artist whose enthusiasm, talent and determination are liable to carry him into some very intriguing territory indeed…