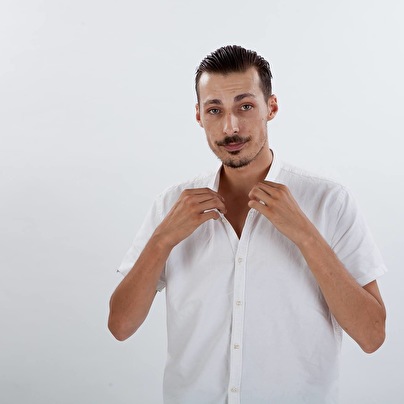 Born to a Dutch mother and a Moroccan father, Kaascouse began his rap career together with a group known as Deadly Combination. A member of Kortsluiting (English, "Short Circuit") his name Kaascouse is a play on his mixed heritage, with Kaas meaning Cheese in Dutch, and -couse as the Dutch suffix of Couscous, a traditional Berber dish of semolina.