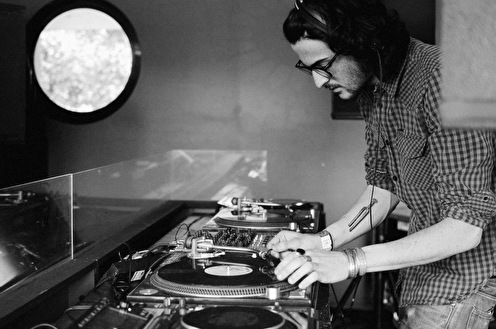 Antigone is a young artist whose work is at the "avant-garde" of the French techno scene. Educated to digging since his childhood in the Synchrophone's records racks, he is open to a wide spectrum even if he is resolutely Techno. Thanks to his Forbidden Work Ep on Construct Re-Form, this brilliant producer drawn the attention around him. Quickly noticed by some Parisian promoters, he's making his first steps at Concrete. Less than a year after his debut, he had his first gig at Rex Club.