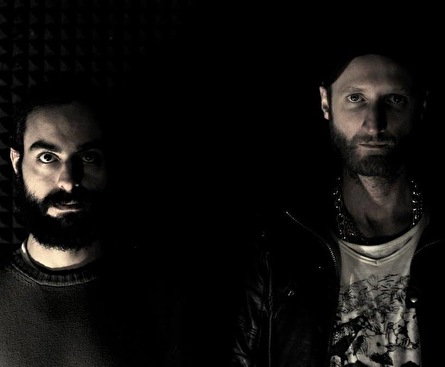 The collaboration started not in their native Italy, but in Berlin. Daniele arrived in Berlin with the kernel of Dadub, a project he'd begun in 2008 with a release on the label A Quite Bump. Daniele came via Rome where he'd plunged himself into production, studying electronic music. Giovanni had been drawn to Berlin to work on interactive digital arts projects, honing his knowledge of hardware and software. Once they met it was only a matter of time before Dadub became a two-man project.
Twinned by a fascination of process, and a love of King Tubby and Lee Scratch Perry's mix board experiments, they take dub and push it into the deepest corners of techno and out to the ambient-IDM fringes. Frustrated by identikit sounds in electronic music they set about pouring their technical knowledge together in search of innovation.

They describe their approach in the studio as 'like making scent'. Dadub take sound and process it to extract depth and expose human warmth. With this studio outlook it was natural for Dadub to move into mastering. They delved in and Artefacts Mastering emerged: mastering that involves no presets and a policy of adjusting every track entirely from scratch. It's exactly this type of discipline, their use of open strategies instead of formulas that also makes Dadub so dynamic live.
Live they layer dubbing and synthesis, they take Dadub material and deconstruct or reconstruct it spontaneously. Their sets are seriously deep and have been showcased internationally at Barcelona's Sonar festival, Germany's Melt! festival and in clubs from Berlin to Moscow and New York.

There's something alchemical about Dadub whether live, on record or when commanding the studio. And when considering their mixes for CLR, Electric Deluxe or Electronic Explorations, it's clear that when given space and length they're ambitious.
In early 2013 Stroboscopic Artefacts released Dadub's most ambitious work to date their debut album 'You Are Eternity'. The critically acclaimed record is the product of over two years of deep studio research, experimental sound design strategies and manages to capture the length and breadth of Dadub's unique vision.