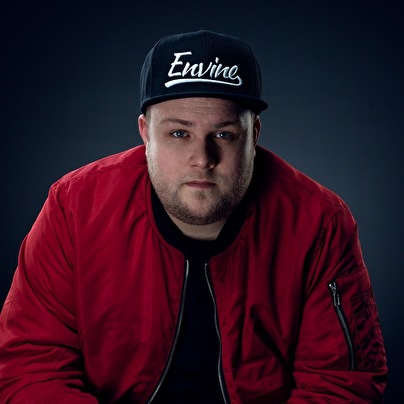 Hailing from Hardstyle's nucleus, The Netherlands, Alex Snoeren, otherwise known as Envine boasts a whole decade of production experience. After becoming rapt in the likes of Hardcore and Jumpstyle, Alex was introduced into the emergent Hardstyle sounds and completely fell in love. Everything from the structure, to majestic melodies and hard kicks had him head over heels and feeling motivated to unleash his own creativity into the genre.

From a young age, Alex not only grew up with music at the forefront of his life, but he was furnished with an innate passion to entertain and provide joy to those around him. Channelling this trait into his music, Envine aims to touch listeners with emotional storylines, thus immersing them into incredible life-like atmospheres.

Being no stranger to releasing numerous uplifting anthems, Envine has struck fans with tunes such as "Move Ya" with NSCLT, "We Are One" with Clockartz, "Equilibrium" with The Machine and "Path Of Light." His versatility extends from creating heart-melting, euphoric melodies, to antique and majestic Hardstyle beats, which can be seen in his extensive and exciting discography.

Every time Envine graces the stage, he takes this very passion and flair up to the decks. With a true love for performing, Alex has connected with his fans at major events such as The Qontinent, Defqon.1, Dreamfields Festival, WiSH Outdoor, Decibel Outdoor and Emporium.

Equipped to open up a new chapter and create a new set of memories, Envine steps into the last quart of 2017 with some exciting developments! Recently announced as the latest recruit to the Scantraxx Silver imprint, Envine is armed with several new tracks, including his debut EP "The New Generation," which includes solo tune "Nothing But A Dream" and collaboration with Hypnose, "Story Of Secrets."

The best is yet to come for this down-to-Earth melody-making machine, so stay tuned!