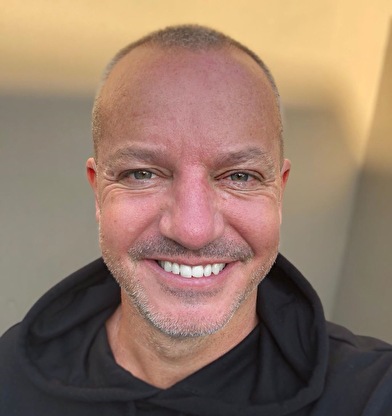 In the late 90's Max moved to Vancouver, where he evolved from the DJ booth to the recording studio. It was during this time that he produced his breakthrough track "Airtight," which was nominated for a Juno Award in Canada, signed by Hope Recordings and caught the attention of DJs like Nick Warren and Paul Oakenfold. This marked the beginning of his respected career and cemented him as a mainstay in the industry, further solidified by his 2001 achievement of highest new entry in the DJ Mag poll at #23.

After a short hiatus, Max returned with a new musical style and attitude towards the dance scene and in 2005 claimed his first commercial success when he broke the top 10 of the UK Top 40 charts with his highly-acclaimed bootleg of "Owner of a Lonely Heart." Spawned beside this renewed sense of purpose was Max's Cycles series. This fitting tag would be the benchmark of huge things to come for the esteemed producer and was swiftly launched into the world in 2008 with his Cycles 1 compilation.

During this period, Max emerged as a tastemaker through his label Re*brand Records, which partnered up with powerhouse Dutch label Armada. Re*brand showcases Max's brand of energetic and emotional dance music and his ear for talent with artists such as Protoculture and rising star Solid Stone—both mainstays in the Re*brand family.

In 2010 Max released his first artist album RADIO, which included hits like "Sun in the Winter" feat. Neev Kennedy and "Nothing Else Matters" feat Ana Criado. To further this massive year, Max announced volume two of his Cycles compilation series–a double dose of perfectly programmed melody, energy and emotion, backed by DI.fm's newest addition, Cycles Radio. He continued to blossom in the following year with the releases of "So Caught Up" feat. Neev Kennedy, which hit Beatport's Top 10, and his late night stormer "F.Y.C.," a track that proved that even with all the sensitive vocals he had recently made, Max could still deliver an all-around banger.

2013 produced even more highlights when the Cycles Radio 100th episode live event trended on Twitter worldwide. Max delivered multiple studio successes with his Beatport chart-topping singles "Diamonds" with Tania Zygar, "Where You Are" with Alana Aldea, and the anthem of the summer and one of his biggest hits to date, "The Evil ID," which made the Top 100 of Armin van Buuren's ASOT end-of-year mix.

2014 saw Max go back to his roots by playing extended, 'Open to Close' nightclub sets on his most ambitious global trot, the "CyclesTour2014," which hit over 20 US dates and more around the world. This, coupled with singles "Lekker" (Beatport #2), the Mark Sherry Remix of "The Evil ID" (Beatport #2) and "Purple" (Beatport #

, his Cycles 5 compilation, which hit #1 on Beatport and debuted at #22 on the iTunes Dance Chart, and Cycles Radio celebrating its 150th episode, 2014 was a banner year.

Not one to slow down, 2015 started with the release of Cycles 6 and was accompanied by an even larger "CyclesTour2015," with 22 US dates and more 'Open to Close' sets than any year previously in his career. The tour continued throughout April and May 2015 in Australia and across Asia. 2015 also marked the launch of his new Cycles record label, to further Max's reach with his successful radio show and distribute the diversity of his radio programming to a wider audience. The new Cycles concept also marked the start of 'Cycles Live,' which celebrates the talent highlighted on the show by inviting them to live Cycles-themed events.

Like any evolving artist, Max has followed his own musical path, seeking out great tracks no matter the genre. His unique blending of Techno, Trance and Progressive has been predominantly displayed in his recent sets, as he walks the line between giving the crowd what they expect and what they didn't even know they wanted. Like-minded music lovers have embraced this progression–made evident by Cycles Radio crossing the 10k weekly listeners mark. With his passion for telling a story and his diverse tracklist, Graham will continue to take his listeners on an incredible journey.