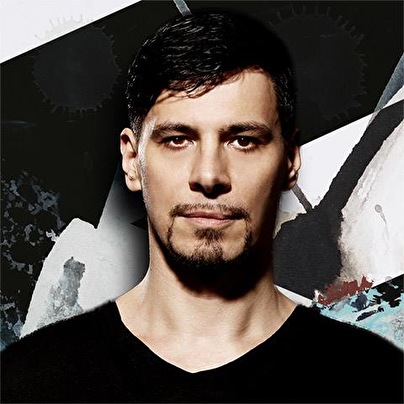 No boundaries too bold, no crowd too grand, no pop icon untouchable. This is the ethos that has sent Berlin's Thomas Gold upon a globetrotting overhaul takeover of modern dance music. Praised for his explosive live sets and faultless studio etiquette, this strong addition to the Axtone clan remains the epitome of an artist giving his all to electronic music both sides of the Atlantic.But such memories are not made overnight. Dropping his first release 2006 and ascending the industry ladder in time for Miami Music Week 2011, trying to box the sound of the uprising German producer has proven a tricky task. Successfully trampling over the concept of genre with signings to Toolroom Records, Phazing, Spinnin' Records and Size Records alike, his musical dexterity encapsulates the 21st century explosion and its required creative flexibility.

His debut release on Axtone, the sublime instrumental & fan favourite 'Sing2Me' sound tracked Miami, hitting the number one spot on Beatport: the 2nd of which for the 'Berlin Basher'.

With the addition of a majestic remix of Adele's 'Set Fire To The Rain' boasting some 14 million and counting views on YouTube, as well as further remixes for Lady GaGa, Miike Snow, Fatboy Slim and various peers from across club land. This fearless nature remains integral to the charm of Thomas Gold.

Such forward thinking notions were never to be ignored. Already catching the eye of Tiësto and Steve Angello alike, esteemed Axtone head honcho Axwell wasted no time in formally signing him to the imprint. The juicy fruit of this union came in 2012 with the release of his debut compilation album: Axtone Presents Thomas Gold. Collecting an array of solo productions alongside his own personal remixes, mash-ups and a slew of carefully chosen label originals, this eclectic collection of tracks presented in the same nature as his live sets marked the beginning of an essential chapter in his career.

This translation from record to dance floor has proven a vital weapon to Thomas's untouchable live presence.
As comfortable in a stadium as in a tiny sweatbox, Thomas approaches each and every set with equal enthusiasm;
Whilst his personal edits are the hallmark and secret weapons of his sets, his ability to splice anthems alongside the unknown are perhaps the true trademarks of the Berliner's sets.
Further, a tangible evolution of his live experience was debuted this summer with the addition of live performance in the form of an 8-piece drum line.
Used sparingly but to devastating effect at EDC Las Vegas & Governors Island NYC this year, 2013 will see increased appearances from 'Thomas' Troupe'

Boasting a consistent balance of energy between the studio and the club, his Fanfare radio show ticks off yet another dimension to his industry movements. Through Sirius XM, Radio FG, Big City Beats and his own online portals, that same ear for landmark releases and explosive new talent transfers seamlessly from his live sets across the airwaves for an increasingly popular extension of his musical intellect.

With an impending Essential Mix, inauguration to the DJ Mag Top 100 and further Axtone exploits in motion, Thomas has little time to rest on his laurels. Set to scale Europe, Africa, Australia, South America & an extensive US tour all before Miami 2013 is out. Fresh material and remix duties will look to extend upon his legacy with the same universal clarity and character that has forged Thomas Gold as a precious asset to Electronic Music and its global enthusiasts.