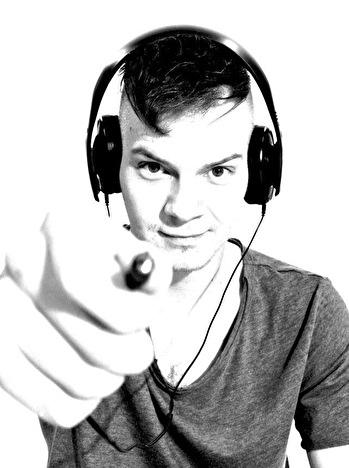 What started as a hobby on a friend's attic now grown into a serious way to express his feelings. After five or six years of producing Hip-Hop beats for local rappers he decided to change course and fully focus one the Electronic Dance Music (EDM) genre. First just expirimental, minimal bleeps but as soon as he found his niche he took all his gained knowledge and inspiration to turn it into grooving Tech House and Deep House productions that will definitely stimulate you to make your way to the dancefloor.
Ricardos Raphie also isn't averse to other styles in music such as Frenchcore (along with Dr. Peacock) and Dubstep. Even though these side projects evoked a lot of positive feedback, he still wanted to follow his heart and kept on giving the Tech House and Deep House heads what they want. Ricardos Raphie released a couple of tracks through various labels so the people started to get a taste of what he is capable of on an international level.

One thing lead to another. Taking place behind the turntables was just a logical follow-up. That way he can introduce more people to the result of his hard work he did in the (home) studio. Many visitors of different venues and festivals have now experienced the energy of his entertaining live-act. Ricardos Raphie is also the organizer of the succesful events 'Dagelijkse Kost' and 'Grijsdraaiers'.

"There's nothing like a packed venue with people that came to enjoy a clubnight that has been set up by yourself", he says.

The production fase in the (home) studio suits him best though. Surrounded by knobs and switches. Creating his own reality for a moment to finally result in another banging Ricardos Raphie production!