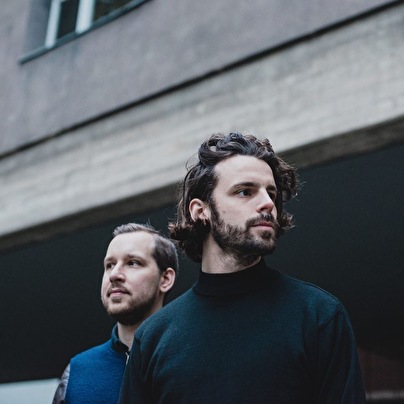 After a period of self-reflection, the Dutch duo returned in 2019 to launch a label with a new EP. De Stijl serves as a platform for their musical explorations and those of their close friends. The imprint's inaugural EP, Far and Wide, a lesson in dancefloor-ready techno that prioritises mood and melancholy, preceded Monsoon, Artefakt's second album, this time on Svreca's mighty Semantica Records. Across eight tracks, the duo evidenced an intrinsic understanding of rhythmic structures, confirming their status as one of the most singular and emotionally evocative acts in contemporary techno.

As a live act, Lapien and Koek have performed all across Europe, North America, and Asia, their analog-heavy set a must-see for fans of melodic and deeply emotive techno. Drawing on their shared love for collecting records, they also perform as DJs, crafting long, hypnotic narratives laced with exclusive material and records from the expensive collections, old and new.

Having first crosses paths at university, Lapien and Koek began making music together in 2012. Lapien, whose infectious, swinging house cuts have featured on Rekids, Soul People Music, and DVS1's Mistress, was just beginning his career as a solo artist; while Koek, who designs his own artistic systems and teaches at dBs Music Berlin, had just earned a Master of Arts from Utrecht's School of Arts, specializing in Sound Design and Composition. After releasing two EPs on the legendary Dutch imprint Delsin Records, in 2017 Koek and Lapien presented their debut album, Kinship, cementing their nuanced, atmospheric style while showcasing its breadth. It was the first big step in their ongoing pursuit to adopt techno as an art-form rather than a genre.