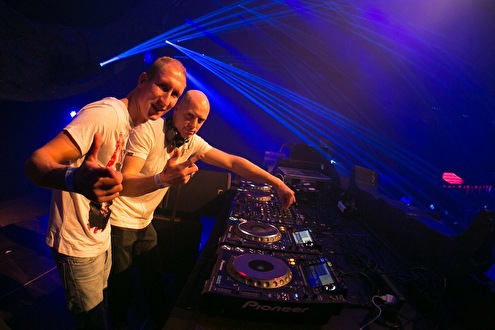 It all started in the year 2006 when they met each other at a birthday party. They talked about music, spinning records and producing. After a few meetings they decided to work together on a track, which turned out to be a success. This first record called "Out of limits" was played at big events such as "Bassleader, Defqon 1" and more. And so the Sound Freakerz was born!

In 2011 they were asked to join the Dirty Workz Update label which gave them a platform to release their music.

Their first release "Hello EP" together with "Hypnotized", and "Listen" was a great success for them and what they stand for as artists. So, watch out for these guys as they have a lot more in store for the future Hard gaan in arnhem of niet