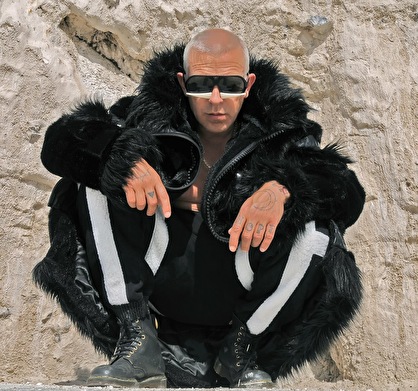 Futurewaltz / 3STEP is Adamski's 21st century update of the style of music known as the Waltz. Originally thought of as an indecent dance in 18th century England, Waltzing originally became popular in Vienna in the 1780s and quickly spread throughout Europe as the most popular form of dance. Waltzing is a twirling dance in ¾ time performed in close proximity by couples. Bored of seeing clubbers dancing alone all these years, Adamski has put a modern twist on the dance in a bid to get people dancing together.

"The waltz was not initially a formal dance with strict ballroom steps" It usually involved grabbing the nearest desirable human being and whisking them around with reckless abandon. It was much later that it became stuffy, institutionalized and commodified — as is often the way with sub-cultural innovations...I realized just how sexy and groovy the waltz rhythm can be after hearing its influence in the folk music of Venezuela, which is a country I visit a lot, while googling its origins, I became fascinated and inspired by the whole history of the Waltz and its social and cultural significance."