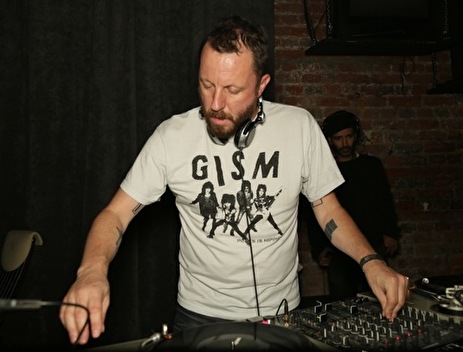 It was an inauspicious start to a long and colourful career. Following his high school days, Jeroen and his friends first played at jungle parties but soon began to come under the influence of The Hague's squat parties. Organised mainly by the Acidplanet collective, these events brought together all the freaks residing in the Dutch administrative capital.

Electronic music wasn't the only soundtrack in TLR' life and, as a child of the 80s and 90s, he lived through periods of radical cultural change. "I'm lucky enough to have witnessed the early years of most of the major music genres up close - Hip Hop, House, Techno, Jungle and to an extent Electro, Disco, 80s Pop, Wave, but also Punk, Hardcore, Garage Rock and all the sub genres it spawned in the 90s," he explains.

While he dug the Bunker Records parties, he only connected on a musical level with the label as the decade neared its end. By then, he was spinning as DJ TLR - "you just pick something when it doesn't seem to matter and then you're stuck with it," he says of the name - and the first international gigs and as he says himself, 'remote chances of a professional career' had started to materialize.

Those possibilities soon became a reality as the 90s morphed into the 00s and the West Coast of Holland started to gain recognition for underground electronic artists like Legowelt, Orgue Electronique, Alden Tyrell and Rude 66. Around the same time, TLR set up the pre-social media Global Darkness web forum to connect with like-minded electro/jak-aholics around the globe and concurrently established his own label, Creme Organization.

Originally home to local artists like Danny Wolfers - under his various guises – and Orgue Electronique, the label has since welcomed producers from around the world, including Bangkok Impact, Alexander Robotnick, JTC and Willie Burns, while releasing acclaimed albums from D'Marc Cantu, Neville Watson and DJ Overdose.

Despite his DJ background, TLR says that Crème wasn't set up to release music that he would play out. "A lot of the early Creme stuff was not really about the clubs, we always were more in a freak zone, it never really worked for big floors, with some exceptions here and there," he explains, adding that he admires DJs who are selectors as much as technical DJs, with Farley Jackmaster Funk, Ben Liebrand, DJ Hype, I-F, Guy Tavares and newer names like Traxx, Speculator, Ben UFO, Will Bankhead and Ron Morelli all cited as influential.

The same rationale that led him to set up Crème now underscores R-Zone, Crème's sub-label. Inspired by the early part of the 90s, in particular the intersection of rave and hard-core with techno, this sub-label allows well-known producers to put out esoteric music anonymously.

Unsurprisingly, TLR keeps one ear on the past and the other on the present. He recently put together an excellent Bunker retrospective mix - "there is such an immense body of work that you can cherry pick yourself into oblivion, so why not take advantage of that" - and regularly makes new mixes available via the Crème Soundcloud. These selections document his changing DJ style.

On the road most weekends, the best place to catch TLR's grainy interpretation of electronic music is out among the freaks. "I don't have a favorite place to play really, because it's always different, even in the same clubs - but I like places that are dark, have a booming sound system and a rowdy crowd" he says.

Sounds like the perfect combination for the crème de la crème of West Coast selectors.