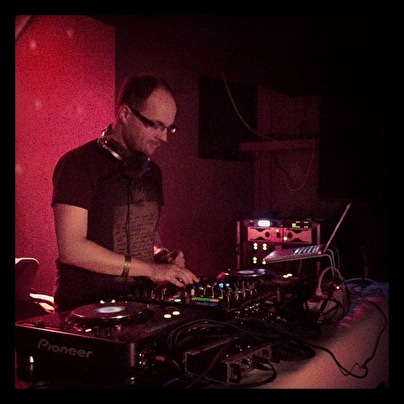 “Ever since Cicatrix, whose real name is Ilan Kupers (The Netherlands, 1982) was a kid, he has always been in love with music which isn’t quite so extraordinary given the fact that his Mum was a secretary for Phonogram Records and his Dad produces an internal radio show for several hospitals in the area of Amsterdam.­ Whether it was taping the latest tunes on the radio or TV or making his own little radio show for an imaginary crowd, Ilan has always had music running through his veins.­
Last year he finally managed to buy his own set of decks to practise mixing with vinyls and CDs and started performing on local stations and at the
infamous yet intimate Quest4Trance parties.­
His style in mixing can best be described as energetic progressive with a touch of trance and melody.­”
laatste aanpassing 19 januari 2009 00:30
Deze jonge super ster draaide fantastisch op mijn verjaardag