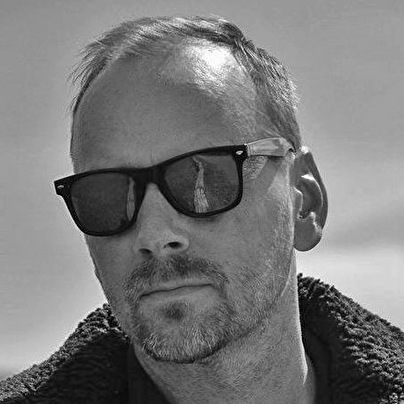 Torsten Stenzel played the piano since age five. As a trained pianist, he initially was taken by classical music, before moving into electronic music during the early '90s. Through the years Torsten has become one of the most prolific trance producers out of Europe's burgeoning dance scene. Apart from York, other significant early contributions count productions by projects such as Taucher (alongside compatriot, producer and DJ, Ralph-Armand Beck), Diver & Ace, Suspicious, N.U.K.E., and Dj Sakin & Friends. Furthermore Torsten has worked with a string of international renowned artists, in and outside of dance music. Among these, Mike Oldfield, Tarja Turunen, Jah Cure, Jennifer Paige, Vanessa-Mae, Ayla, Faithless, Moby, ATB, Rank 1, and Kai Tracid.

Jörg Stenzel grew up with an interest in string instruments. He has also stacked up an impressive list of credits, working alongside Ralph-Armand Beck as well as Dj Sakin & Friends, DJ Tandu/Ayla, and Roger Shah. His guitar work for York has received much praise over the years and is often cited as one of the main factors behind the duo's considerable success.

York's aural assault on the club scene began in 1998 with the melodic trance single "Awakening." The track became a massive chart success the world over, including in the U.K. and on the famous party island of Ibiza. In 1999, the brothers Stenzel chose to put out a cover of the old Chris Rea tune "On the Beach". The move proved a shrewd one, with the track making it into the Top Five on the U.K. singles chart. That same year, York were featured on famed German producer Andre Tanneberger's (also known as ATB) popular trance number "Fields of Love". Their next foray into dreamy trance was the single "Farewell to the Moon." A hit throughout Europe, it featured the vocals of Pat Appleton.

Yorks's hit singles - "Reachers Of Civilisation" and "Fields of Love" - included - were collected on their successful 2001 debut album, "Experience". A second album, "Peace", followed in 2004, with a re-release in 2006 (incl. single "Mercury Rising"), and had more of a downtempo sound.

By 2007, Torsten, disillusioned with the increasingly crowded and commercialized island of Ibiza, decided to move his family to Antigua. Naturally this led to York becoming more of a solo project, though the brothers continued to collaborate on some tracks.
The next York album, 2012's "Islanders", was heavily influenced by the sounds of the Caribbean and featured a plethora of guest artists, including Mike Oldfield and Jennifer Paige. This one-off Oldfield collaboration led to a full album the following year, "Tubular Beats", which saw York reworking iconic tracks from Oldfield's back catalogue.

York's fourth album,"Traveller", followed in 2016 and once again saw Torsten working with a multitude of artists. Heavily featuring live instrumentation, it was an album of two halves -- one chillout disc with a thoughtful, melancholy vibe, and a more pumping disc with their typical euphoric trance sound.