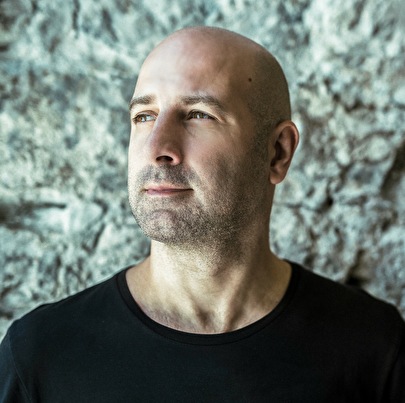 By 1991, Stephane and Olivier bought their first bits of equipment and started to compose music. Not too long after that, Olivier became a resident DJ at a club in Grenoble, jumpstarting a career in electronic music. By 1994, Stephane and Olivier's live act 'Oxia' was born. In 1995, they met The Hacker, Alex Reynaud and Kiko in Grenoble. That same year Olivier created Ozone records together with Kiko, where Oxia released their first EP.

In 1998, Olivier went on to create a new label with The Hacker and Alexandre Reynaud, christened 'Goodlife' in homage to the mythical Inner City track.
Olivier and Stéphane still produced several EPs together but by 2000 they decided to part ways; Olivier continued with the Oxia moniker as a solo DJ act.
Oxia's continued sound evolution, by now heavily focusing on groovy techno, gave birth to a series of EPs & remixes on Goodlife but also on labels such as Intec, Terminal M, and many others. His outstanding DJ qualities were captured on several mix CDs, and an intensive touring schedule worldwide followed.

In 2004, Oxia released his debut solo album '24 HEURES' on Goodlife. The series of strong releases & remixes was ongoing. 'Domino' (Kompakt / 2006), became a worldwide hit played by every DJ you can possibly think of. Today, this track has become a classic, still regularly played around the world, boasting more than 17 million views on Youtube.
In 2008 he scored second & third spot in the Beatport Music Awards 'Best Remix' (with his remix of Butch's track 'On the Line") and Best 'Techno Artist'.
'Whole Life' (8Bit / 2009) was a killer in the underground House scene, winning the Beatport Music Awards' second place in the 'best tech-house' category. It was also Number One on Resident Advisor's Annual DJ Charts.
Many remixes & original tracks followed throughout the following years for Kompakt, SCI+TEC, Tsuba, Soma, Time Has Changed, as well as two mix compilations (5 years of Systematic, 5 years of 8Bit).

In 2012 Oxia released his second album 'Tides Of Mind' on French label Infiné Music, on which he collaborated for the first time with guest singers: Miss Kittin, Mesparrow and Scalde. Deep and melodic sounds gave a diversity of tracks, from dancefloor to downtempo.
After an intensive touring period, he completed numerous remixes and tracks for Visionquest (collaboration with Agoria), Noir Music (collaboration with Nicolas Masseyeff), Clarisse Records, Moan, Material…
In 2014, his 'Perception EP' was released on Saved records. A mix CD compilation for Club Kyo in Singapore followed. In 2015, several remixes & EPs were released on highly respected imprints such as Hot Creations, Saved ('Just As Well EP'), Knee Deep In Sound…

In 2016, Oxia went back to 8bit and released his 'Unity EP', tight drums and rich bass carried by an airy vocal making this EP the perfect dance weapon. Summer of 2016 also saw Oxia perform multiple times for Music On at Amnesia Ibiza for the third year in a row, including notably its closing. In July of the same year, together with his close friend Nicolas Masseyeff, Oxia founded Diversions Music. The label's ethos is galvanized by their strong shared vision: to only release music that truly touches your soul and makes you dance, to embrace all styles and shades of house and techno and to avoid releasing the same time-after-time-after-time... The label's first release was the 'Connivence EP', a three-tracker by the duo themselves. October saw Diversions' second release, 'Secret Point EP', another tight trio from Oxia himself. Its rich breadth covers every chapter of the night imaginable and represents House's fullest spectrum from lean and deep to diesel powered tech.

In February 2017, OXIA's classic hit 'Domino", which had recently celebrated its ten-year anniversary, was re-released on Agoria's new label, 'Sapiens". 'Domino Remixes" featured a reworked version by its creator, as well as remixes by Frankey & Sandrino, Matador and Robag Wruhme. In March of the same year, OXIA remixed Moby's 1999 classic hit "Why Does My Heart Feel So Bad ?", released on Spanish artist Coyu's label, Suara. Ja zoals, Not sure

'Not Sure' is idd een gruwelijk kicken plaat