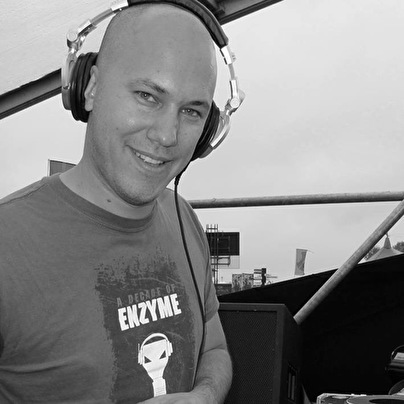 A Dutch man with a desire to distinguish himself from the crowd began his musical endeavour with an unquestionable passion for the nostalgic Hardcore sound that affected so many youths in the Netherlands. A musical infatuation of mass magnitude, accompanied by a gift for playing the drums and a love for every type of genre from Classically composed pieces to UK bad boys, 'The Prodigy', was bound to put Timo van Scheltinga on the map. Regardless of anything he had heard before, an impossible-to-ignore calling was projected onto him the moment that he heard the early 'Ruffneck sound'. Holding his Inspiration close to his heart – he signed to Enzyme Records in 2004. From that moment on, Synapse would grow to become a distinguished name in the Industrial Hardcore and 'Crossbreed' scene.

Synapse prides himself on being that something different – instead of being consumed by the dark messaged so typically conveyed within the scene, he uses his innate talent to create devastating kick drums, screeching sounds and all round unrelenting tracks to convey a brighter message; let's party, let's go crazy and let's use our energy to go absolutely insane on the dance floor! From his first production 'Renoised Sine' (Enzyme K7-5) in 2004, to his most recent productions, this guy has a talent for adding a unique vibe that has never been felt before with fun edits and tweaks that give him that signature Synapse sound that so many have come to appreciate.

After spending years concentrating and developing himself as a performing artist and producer, Synapse has become a hot ticket on Enzyme Records and has performed at some of the most magnificent events across the globe; all the way from his home town of Zwolle, NL, across Europe, and sky-rocketing overseas to Australia! Synapse has been busy having the time of his life whilst performing on some of the world's most distinguished stages; Thunderdome, Qore 3.0, Defqon 1, Dominator, Nature One and so many more.

You'll know the moment that Synapse drops a beat – different than the best, better than the rest!