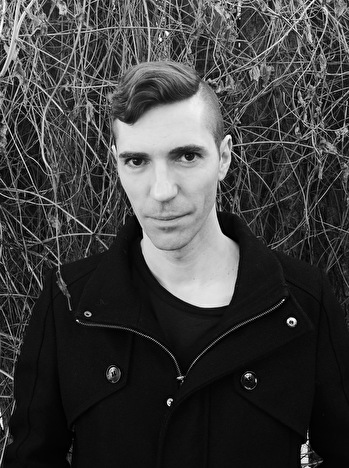 Though his influences are wide-ranging, Martyn's music is deeply inspired by the futuristic and melodic aspects of Detroit and Chicago. His rhythmically diverse sound floats across D&B, dubstep and various strains of bass music, just as smoothly as it traverses house and techno, and encompasses abstract ambient soundscapes. Based on musicality and energy in equal parts, Martyn's layered tracks are a rapt exploration of melancholy, futurism and dancefloor hypnotism.
Over the years, his amalgamative tracks have become archetypes for the next direction(s) that electronic music ends up moving. From the mesmerizing dub techno/dubstep of 'Broken' (2007, Revolve:R), to the 2- step/house swing of his inimitable 'Broken Heart' remix (2008, Hessle Audio), to the dubstep/2-step/ house crossover of his debut album's smash hit 'Vancouver' (2008, 3024), it was the approach of his second album, 'Ghost People' (2011, Brainfeeder) that took his sound in a new stratosphere entirely. The 4/4 dancefloor stormer 'Masks' set the tone, as did his astounding sci-fi epic 'We Are You In The Future,' connecting the dots for his other underground classics: 'Miniluv' on Ostgut Ton, his remix of 'Gentle Giant' for Tiga, 'Red Dancers' on Modeselektor's Modeselektion Vol. 2, all the way up to his most recent Detroit-tinged foray 'Newspeak' on Dolly.

As a DJ Martyn is as uncategorizable and all-encompassing as his production style, as displayed on his landmark 'Fabric 50' mix or his 2012 Essential Mix for BBC Radio 1. Known for his risk-taking selection and long, seamless sets, he's played at iconic venues the globe over, including Berghain/Panoramabar, The Roxy in LA, FWD>> at Plastic People and DMZ at Mass. He's also well seasoned within the international festival circuit, playing the likes of Sonar, Mutek, Decibel, Electric Zoo, Bestival, Lowlands, Pukkelpop, The Big Chill, Club 2 Club in Turin and Unsound in Poland. Beyond DJ'ing, his live sets have a distinct Martyn vibe condensed into an hour of upbeat energy and intricate improvisation.

At STRP Festival 2013, Martyn debuted 'The Air Between Your Words,' an innovative new audio/visual show that showcased brand new music from his forthcoming album of the same name (due for release in Autumn 2013). Martyn collaborated with his close friend from Eindhoven, Erosie, "the artist formally known as street artist" who blends images and visual styles in the same unorthodox way that Martyn combines sounds. The duo created a deeply immersive live performance that involves multiple projections and a futuristic stage set-up, which will tour internationally this summer.

Martyn and Erosie's art-led mentality also shines throughout the back cat of their vibrant 3024 label (Martyn as A&R, Erosie as Art Director). The duo have formed a visionary stack of releases over the last 6 years, with a colorful roster that includes Illum Sphere, 2562, Jacques Greene, Redshape, Trevino , Leon Vynehall, Julio Bashmore, Addison Groove, Instra:mental and remix work from Ben Klock, Zomby, Flying Lotus, Redshape and Roska. Additionally, in the summer of 2010, Martyn starred in a beautifully poignant and moving short film by Dutch director Ramon Gieling called 'Great Lengths.' Soundtracked with 2 tracks off the album, the dream sequence is a duet between film and music.

Outside of 3024, Martyn continually pushes the fold and finds ways to connect arts and scenes, whether with his various work with RBMA, his cultural work for the region of Piemonte in Italy, or being part of Brainfeeder events across the globe.