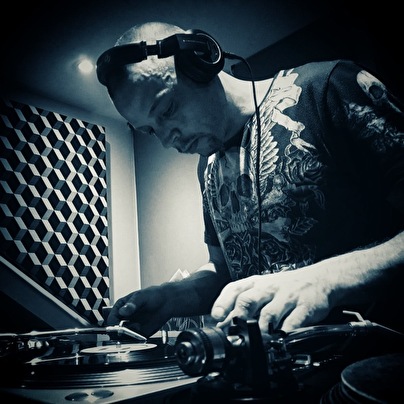 Spinning records started in 1995 at small local houseparties, but he wanted more and kept on spinning the harder styles. It all went bigger after the Millenium.
Vreestyle performed at parties all over The Netherlands eg. Dutch TT-Festival (Assen), Qlubtempo, Q-Base (Hemkade), Ravers Religion, Hellbound (multigroove) Grunn gaat Los Exorcism, Only Hardcore, Overstuurd and many more. Getting goosebumps of the crowd goin' wild, that's what it's all about. Mass rolling crowd!!

Video footage of performances is available on his official You-Tube channel.
Live mixes and tracks on mixcloud and soundcloud

Nowadays also producing hardcore, and all kinds of other styles. Collaborations are in progress. ". 'Cause there is always the everlasting kickdrum!!
After a silence of almost two years, due to various reasons, he started spinning and producing again.
Vinyl is dusted, and the riverside studio is ready, so you'd better be prepared!
Mixes (and later on tracks also) will bust your eardrums the next few years
For bookings please send an e-mail to vreestyle@hotmail.com. 
dont fuck with a ruffneck


grtzz from the ruff -planet