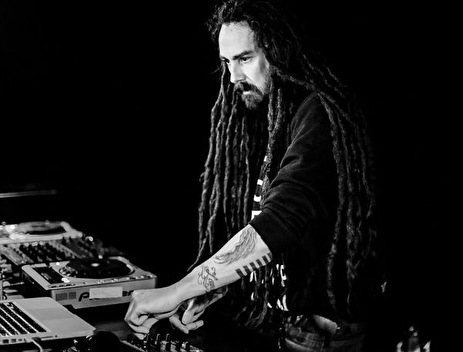 In 2001 Clash Records was set up to release vinyl series of 7-inches with hardcore ragga jungle mayhem, seeing there wasn't much of that stuff being released around that time. In 2004 second label Kriss Records was set up to release more mash-up breakcore anarchy as 4-track EP's on 12-inch. The 'Breakcore a Go-Go!' nights we're the first Dutch regular bi-monthly hosted by Bong-Ra and FFF, which saw smashing line-ups running from 2002 to 2003, nowadays 'The Junglist' hardcore jungle nights in Rotterdam are the current regular monthly nights hosted by Clash Records.

Probably the highlight of Bong-Ra's career is the session for the late John Peel. After having the honours of meeting the 'Godlike Genius' himself, Peel asked Bong-Ra to do a session which was aired on 21st of February 2002. Many tunes were played regularly and has been a huge help in getting the sound spread around.

When it comes to the performances it's either a DJ set or an Audio/Visual set. Bong-Ra's first 'tour' with DJ Scud and Soundmurderer in the UK proved to be a success. Holland's biggest festivals (Lowlands, Eurosonic and Metropolis) we're conquered in 2003, and A/V performances at Impakt Festival, Sonic Acts and Rotterdam Film Festival and the exposition at the Museum for Modern Arts in Arnhem show the Arty Farty side to Bong-Ra.