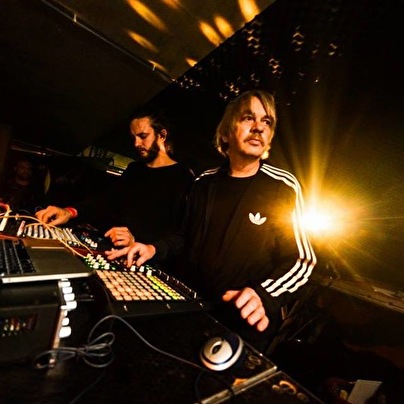 Amsterdam house legends QUAZAR return to the stage in 2016 to celebrate their 25th anniversary as a live-act with gigs in Australia, the Welcome to the Future festival and a special concert in Paradiso in October 2016.
QUAZAR has been at the forefront of the Amsterdam techno and house-scene since the early nineties. Formed by producer Gert van Veen in 1990, the group made its name with its first 12-inch: The Seven Stars, which propelled Quazar to international fame.

Seven Stars was followed by some 25 releases (including 5 albums) for labels like Go Bang!, Bush, Seven Stars and Superstition.
Some of these classic tracks are going to be rereleased in 2016, including new mixes and remixes.