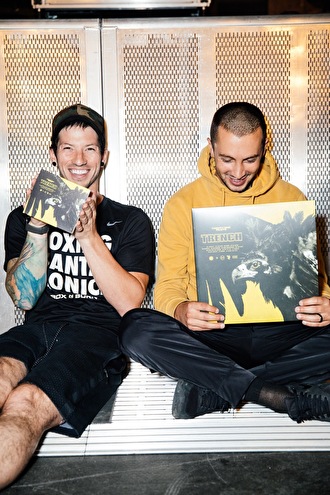 The band was formed in 2009 by lead vocalist and keyboardist Tyler Joseph along with former members Nick Thomas and Chris Salih, who eventually left in 2011, and currently consists of Joseph and drummer Josh Dun.

Twenty One Pilots went on hiatus in 2017 and broke their silence exacly one year later with an email reading, "ARE YOU STILL SLEEPING?". The band then officially came back by announcing a new tour, album, and two new songs.