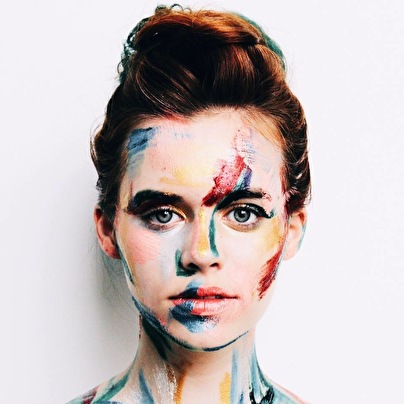 Although Well experienced in acting with credits ranging from independent film projects, the Running and Plates, to major network TV appearances in Crossing Jordan, I'm With Her and Majors & Minors, Krigarè's first love has always been music.

At the tender age of 8, Krigarè played the piano at the 2006 Grammy Award Ceremony for Kelly Clarkson's performance of "Because of You". Krigarè also played the lead role in the video version of the same song, and has appeared in other videos for Jarrod Neimann, Tenth Ave. North and Chris Folsom.

Since moving to Nashville from Los Angeles in early 2009, Krigarè was introduced to song-writing at a very early age. She has had the honor of co-writing with Grammy winning top 10 chart writers such as Matt Squire, Andy Dodd and Jessi Alexander, as well as award winning writers Molly Reed, Matt Bronleewe, Megan Kabir, August Rigo and many more. Her song "Falling Apart" was selected in the 2017 Nashville Film Festival, and "Destiny" written with Generdyn was licensed for the film All I See is You starring Blake Lively. Krigarè has been MTV's featured artist with her songs "Let Go" and "This Time" being heard on MTV's Teen Mom OG and Siesta Key. And the songs "This Time", "Thunder", "Never Stop" and "Falling Apart" have all been heard on Teen Mom Young + Pregnant. Recently, Krigarè has been collaborating with Zayde Wolf, Generdyn, Joseph Trapanese of The Greatest Showman and Grammy winner Jason Halbert creating a new cinematic/pop sound for her soon to be released album titled "KRIGARÈ".

Because Krigarè has grown up in the music business with her Grammy award winning father, she has been around some of the most influential artists and musicians, and several have even joined her on many of her projects. Krigarè's single "HEROES" featured Brian "Head" Welch of KORN on guitars and Lester Estelle of Pillar on drums. Charles Esten, of the hit television show "NASHVILLE", has performed with Krigarè at the LLS Light the Late Night fundraiser for 3 years, and Kelly Clarkson has featured Krigarè in her Miracle on Broadway Christmas fundraiser.

Unfortunately, at age 16 Krigarè received news that she had stage 4 Thyroid cancer, and then only 6 months later was diagnosed with stage I Melanoma. To be diagnosed with 2 completely different cancers at such a young age was devastating and rare. Instead of letting this news take her down, Krigarè made the impossible decision to become the true definition of her name WARRIOR, and fight to win this battle no matter what it took. After much time spent in vocal therapy and exercise, Krigarè has risen redefining her herself. It's that same drive, determination and passion that fuels her music today.

Previously, Krigarè was a featured artist on the TV show Majors & Minors on the HUB Network, can be heard singing a featured track on the DVD "Barbie: A Mermaid's Tale", has worked with GeoGiRL, a line of cosmetics for tweens, becoming their brand ambassador and singing the theme song for commercials and website, and is also the voice for the accompanying video to the popular children's book The Wheels on the TukTuk written by Grammy award winning and New York Time's best selling author Kabir Sehgal.

When Krigarè is not out playing live, you can hear her music on iTunes, Spotify, Pandora and many other world wide outlets, and in over 10,000 retail stores located in all 50 states, and on over 75 radio stations around the world. Make sure to keep in touch for upcoming tour schedules and new music releases by signing up for emails.... krigare@krigaremusic.com.