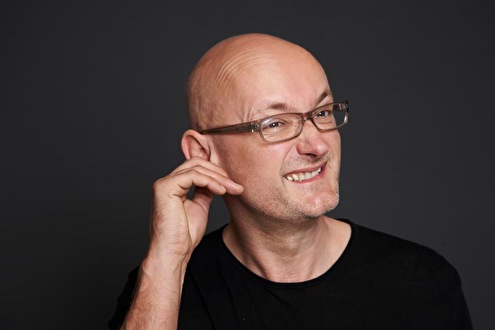 1996 was the year that everything changed. After visiting Berlin's infamous techno street party, Tobi returned home with a renewed sense of purpose. Identifying a strong preference for the groove-laden sounds of Strictly Rhythm and Prescription Records, he began buying 12"s and learning to mix under the guidance of his friend Marcus Kanzler. As Tobi delved deeper and deeper into electronic music, he was further inspired by the style and musicality of pioneers like Ata and Andrew Weatherall, Luke Solomon and Heiko M/S/O, Tobias Thomas and Michael Mayer.

After two years devoted to honing his style, Tobi approached influential Munich club Ultraschall II in 1998 with a demo and a proposal to become their occasional warm-up DJ. The club declined, and instead offered Tobi a weekly residency. Tobi and Marcus Kanzler christened the night Flokati House Club, named for the infamous fur-lined walls of the venue's chill out room. Flokati House Club became a Friday night fixture over the next four years, filling a sizable gap in the thriving German club market; while electroclash blossomed between the twin giants of techno, Berlin and Frankfurt, Flokati's defining sound was US house, and they launched with legendary Chicago producer Chez Damier as their first ever guest. While Flokati House Club proved an invaluable training ground for Tobi as a DJ, he says the most important lesson learned, in acting as the booker, promoter, and artist liaison, was "how to be a great host".

A second crucial influence on Tobi's career has been his long association with the legendary Sven Väth. The pair met in Ibiza in the summer of 1999, and Sven invited Tobi to join him and a crew of friends in Thailand to celebrate the turn of the millennium. Tobi accepted the invite, and decided to pack some records as well, by chance. Fortuitously, he was asked to DJ at the last minute, during New Year's Eve dinner. "Before dessert," Tobi recalls, " they were already dancing on the table!" For Tobi, the set proved to be the most important that he ever played, and it amplified his career almost immediately. Soon after he returned to Europe the invites began pouring in: for his Cocoon debut in Ibiza, his still existing residency @ the Robert Johnson, to U60311, and to Anja Schneider's annual 72-hour Love Parade broadcast in Berlin. Increasingly aware of his isolation in Munich, Tobi moved to Berlin in 2001, and he joined the Cocoon agency the following year, and launched into an ever growing schedule of DJ bookings in Germany, Europe, and further afield.

Production work has been an vital creative outlet for Tobi, and has reinforced him as one of the driving forces of electronic music. He regards original productions, collaborations, remixes and DJ mixes with equal importance, and his raw talent and diversity have seen him at the controls for Chicks On Speed and Miss Kittin, shifting 60,000 gold-certified units with his hit "Meeting The Girls Mix" rework of 2Raumwohnung's "Sexy Girl", being licensed for John Digweed's Transitions series, and recording celebrated sets for Cocoon, Secretsundaze and V Records.

In recent years, with his international commitments accelerating, Tobi has scaled back his production work to focus on his first love: being a DJ. He is a true veteran in the booth and continues to be invigorated by nightlife, relishing the give & take with the dancefloor, playing techno at house tempo, and house at techno tempo, throwing in unexpected selections, and mixing with his unique signature flair. From his defining fabric debut, to his recent epic 8-hour session for Panorama Bar, to the Terrace of Amnesia, and amongst the sweaty throng of Robert Johnson, Tobi is a master of the craft, working with and for the crowd, and driving them, willingly, to wild abandon. Tobi thanks for a great 3 hours set @ Voidd. What a gig