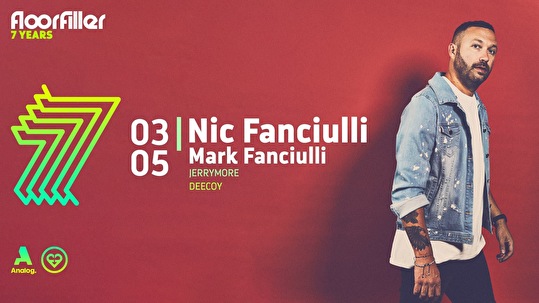 "Nic Fanciulli is a DJ, producer and label owner who has remained one of the UK’s finest exports in electronic music throughout the last decade. One of the last DJs to break through to international acclaim on the strength of his DJ’ing alone, Nic has since gone on to establish his own imprint, Saved Records, a label that remains proudly at the forefront of electronic music today."
- Resident Advisor

"You might be surprised to learn that Mark Fanciulli only put out his first record in 2011. Such was the reaction to “The Tide,” though, that it was immediately apparent dance music had a new star. Since that debut on Joris Voorn’s influential Rejected.. Chief amongst those are tracks like “Sacrifice” on Saved Records and a first release on Carl Craig’s globally acclaimed techno label Planet E."
- Resident Advisor