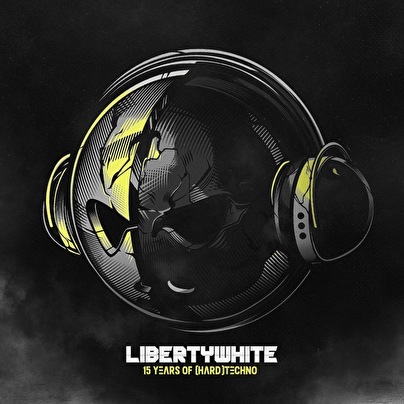 Liberty White regulars know what to expect. Even the smaller editions, held across the Belgian countryside, were organised to perfection. No costs are spared to give the underground music addict what he really wants: nice lighting, pounding sound, stunning visuals, deco, it's all there. This is one of the two important characteristics of Liberty White.
Originally the focus was on techno but quickly the concept starting developing a particular interest and specialty for hardtechno. This is a second strong characteristic of the concept. We do not only provide you the best of the best in international and national artists, we also support upcoming talent. We give them the chance to prove themselves in front of an open minded crowd at our parties, programming them in the line-up and timetable alongside legends and established artists. A strong point of the concept, because we believe that young motivated artists can also impress and surprise with new sounds, adding more value to our concept as a whole.

Liberty White has known a steady growth over the years, creating an ever growing fan base all over Belgium and beyond. After the first edition in 2005 several smaller editions followed. In 2006 the first anniversary edition was held, which became an annual tradition. Next to that a lot of other editions followed during the year, which would later be known as the Subsessions. Liberty White Subsessions are smaller editions or club versions hosted between the big annual anniversaries. The are sometimes used to celebrate big deejays birthdays (such as Frank Kvitta or Ivee).

The 4th anniversary in Waregem Expo was a huge success, over 40 deejays and live-acts rocked the crowd. People left craving for more. Belgium used to be the cradle of new exciting underground sounds and genres. Over the years however, the concepts supporting these genres have started to disappear. That's why Liberty White wants to offer these genres to a large crowd in a more accessible setting, without losing its underground feel.

Thanks to the success of the 4 year anniversary, new opportunities came along. A Liberty White stage at The Qontinent (outdoor festival of harder music styles) and a Liberty White truck at the City Parade are examples. The reactions were very positive at both events. It's clear that people are ready for this concept.

That's why the organization decided to move the 5 year anniversary to a worthy location. This celebration had to be huge and it had to be heard all over the nation. The lengedary Flanders Expo in Ghent will therefore host this huge party, which will be called Chronicles. Liberty White Chronicles will be the first nationwide celebration of a party, a concept and a way of thinking. We are convinced that it will shake the foundations of the Expo and make raver hearts skip a beat. Liberty White has earned the reputation of most promising new hardtechno concept in Belgium and we will do everything in our power to keep up our reputation.