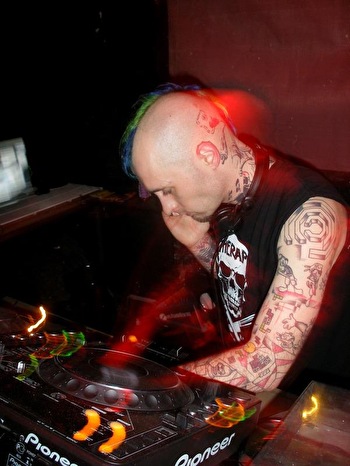 100% Vinyl mixing in different styles of hard electronic music!
Favorites styles: Hard styles of Drum&Bass, Crossbreed, Techno-Drum&Bass, Breakcore!
and order styles: Neurofunk & Techstep, Ambient, Experimental music, harder styles of Dubstep and many more!
SoaK is from Berlin / Germay.
He is born 1987 and began in 2003 with organized legal / illegal Drum&Bass and Breakcore Partys in Thuringia/Germany!
In 2006 he started as a DJ "El Celestino", modified it 2009/2010 to "SoaK" and preferred for Breakcore &Hard Drum&Bass sets, but also now and than Neuro/Techstep!
since he played with many famous artists and in several cities in germany!!!