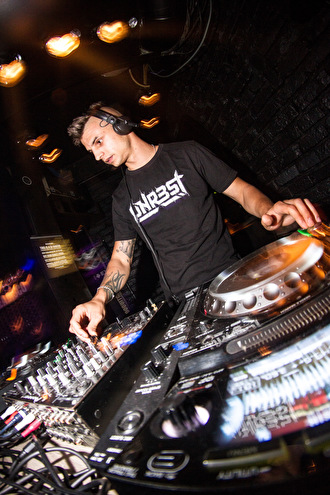 Unrest lets the ground shake with is high powered tracks and Dj performances. He has made the Hardtunes Top 10 with almost every track he made and even made the number one spot several times. His music has been released at labels such as; Partyraiser Records, Megarave, Offensive Records, Footworxx and Darkside Unleashed whom he signed a label contract with in late 2016. Unrest has performed Europe wide for organizations like Qdance, Alex Events and BKJN, Unrest has recently released on Megarave and his New Darkside EP is scheduled for Early 2018. he is Also currently working with System Overload, Hardbouncer, Vandalism and Negative A on new tracks! Behind the turntables Unrest's styles his fast, accurate and devastating.