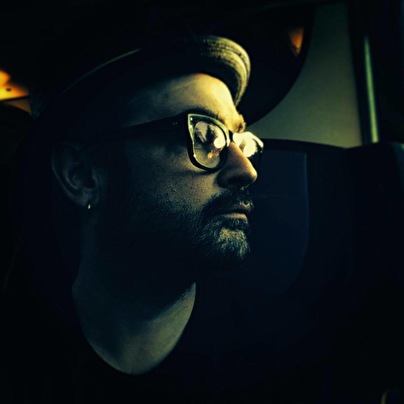 Nail's love of music started with pirate radio and hip hop. Clubbing was never really Nail's thing; his appreciation for house was born in the record shop and brewed over extensive home listening. His first job was at small rehearsal studios. Here a chance encounter brought him into the DiY fold, who would be responsible for Nail's production debut: 'The Beeston EP', and first full-length record: 'Big D's Lounge'. This was the same year Luke Solomon and Derrick Carter put out 'Spines' on Classic, the first of three EPs for the label. All the while Nail was working at Select A Disc, hallowed Nottingham vinyl haunt where he continued to feed his record obsession.

And then Bent happened. Simon and Nail ended up living next to each other. Simon was also a record collector, but of quite a different caliber to Nail. He would loot charity shops and find the worst records imaginable to take home and "polish". Signed to Ministry of Sound, under their own dedicated offshoot, Sport, the pair delivered their first album in 2000: 'Programmed To Love', and major hit "Swollen". 'Downloaded for Love' came out the year after, consolidating the group's wayward sound that swooned between string quartets, indie rock and spells of fuzzy dance. By album number three, 'The Ever Lasting Blink', the project took more of a serious turn. In parts terribly poignant, and others deliriously lush and loungey this was also the album that gave us "Magic Love", Bent's biggest single.

Fourth album, 'Ariels', marked a significant departure from the duo's club-friendly sound, as conveyed in their mix for fabric (FabricLive.11) the year before. 'Intercept!' followed in 2006, but was the curtain call for the project. Bent never split, just parted ways and Nail retreated into solitary music making. In 2012 "Till the Feelings Gone", from Nail's 1996 album made its way onto Zip's 'fabric 67' mix. Then Fear of Flying requested more DiY tracks for repress, coming out as 'Ode Rammel' at the beginning of 2013. He was signed to AirDrop Records, who put out six new Nail works: 'BPMs Vol.1', bringing him to Berlin for his first solo stint behind the decks in over ten years.

With a slew of EPs in the pipeline for Phil Weeks' Robsoul Recordings together with scheduled follow-ups on AirDrop, and a new collaboration—the NG9 Project, with Krush's Cass Roc—already amassing fans, Nail Tolliday is fervently back, and more pertinent than ever.