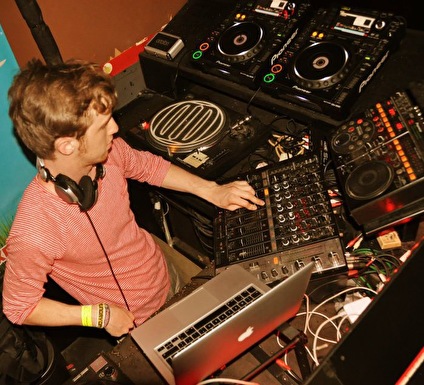 His mother graduated at conservatory, so he has always been in touch with music. The real passion though came on later. At his 16th Artem bought his first gear and started turning funky break beats and underground hip-hop, then he fell in love with different kinds of unfamiliar rhythms. At His 19th he realized that electronic music suited him a lot more, he began buying records of that style. A few months later he won a local DJ-contest and became resident at 2 places but dropped one of them cause the owner found his music to 'repetitive'. So he just kept on playing in the club Loft. In the beginning of 2010 he bought a djm800 and specialized himself in House, Techno & Minimal.

During the summer of 2010, Terekoff got a chance to spin 10 days at the beautiful beach in St-Vicente, Spain. After Spain he received more and more invitations for several events. In may 2011, Artem Terekhov (aka Terekoff) won the Free Vibes contest, which was organized by www.vi.be and the Belgian famous club Café D'Anvers in Antwerp. He was chosen out of 160 tapes and was afterwards the closing act of Free Vibes at the Café D'Anvers on 8 july, 2011.

Terekoff's sets are mostly inspired by the great djs from Germany and Italy, but also by the underground clubs, radio stations and especially by 'Happy Partypeople'. His sets are very comparable with a relation: they contain love, memories, new experiences, calm moments, peaks and sensations. All that happens in connection with his partner, 'the crowd'. They contain floating, pumping and relaxing moments which are linked together.

Since 2011 he also started a relation with Ableton, which received a lot of passion and love. His first real result is on the tape 'Free Sunny Vibes' which he uses as intro. To adjust his technical skills Artem will start a training at the SAE, more particular for 'electronic music producer'