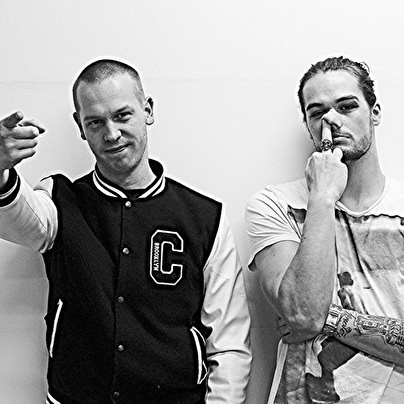 Floris Jonker and Winchester started working together when both of them individually got signed as resident DJ's for Neonsplash. Beforehand, both of them were resident DJ's for a nightclub in Groningen called Subsonic as well.
Both preferring the dirty, catchy and rough sound of electronic music, mostly electro, they started producing and performing together and Tone Thrashers was born.
A show by Tone Thrashers isn't just two DJ's playing in a DJ booth: it's two producers, disguised as a DJ and an MC, delivering a little bit of stage performance and a shitload of well organized noise.