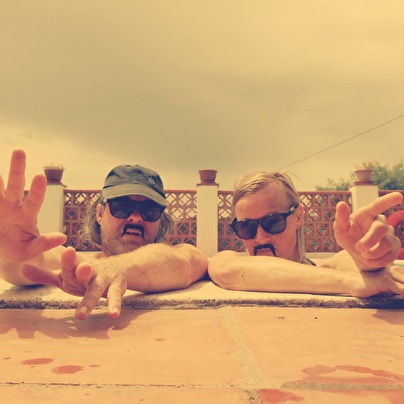 The two founders are singer Libbie van Geert (Gent, Belgium) and producer/multi-instrumentalist Nathan Drohm (Drenthe, Netherlands). The very different personalities sharing the same passion for creating and producing music. Nathan's love and enthusiasm for technology and equipment infects Libbie and they start performing as a duo in 2011, using a sampler, loopers, effects pedals, and instruments. Multiple instrumentalist Nathan takes on all the musical parts, while Libbie adds her vocals, using guitar effects pedals for dramatic effect. The repeating parts and melodies, the use of short samples, and effects form the basis for their music. This rather spontaneously creates their lounge-like music style, and in late 2011 they release 'Loop Alley' under their own label Uhmpire Music. Their track "Never Stop Dancing' gets the attention of Radio 6 and Radio 2 picks them as finalists in the Top2000 Cover Contest.

The lounge tracks find an appreciative audience in Spain, and for three years, Loop Alley tours the Costa Brava and Ibiza every summer. In 2012, their inspiration results in their second album 'Long Filler', where jazz, soul, and electronic music come together. In 2013, they play several clubs in London while writing new material.

The creative and free sounds from London, the steady beats and rock from Barcelona, and the electronic influences from party island Ibiza all come together in their third album "Shimmering Sky in 2015. The result is chock full of energetic sounds, guitar riffs reminiscent of Simple Minds and The Police, melancholy lyrics about everyday struggles accompanied by hopeful melodies and sounds.

2017 is the year of th electronical beats and ambient atmospheres and their style shifts from Housy pop to Melodic Techno. Live vocals and saxophone remain as well as their ungoing energy for finding new sounds and experiences.