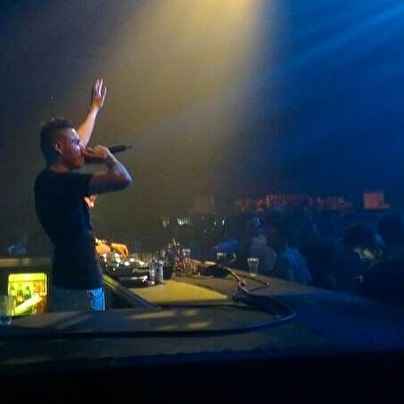 He started his career as vocalist in a hardcore/punk band, but as the years passed his love for Drum and Bass and dubstep developed into something more. His first MC experience would be at his 22th birthday party. After picking up the microphone and winning over the audience he knew what he had to do. That's where it all began. As his closest friends told him he should be doing something with his newly discovered talent, he searched for an opportunity to test and prove his skills in front of a real audience. After MC'ing at Drop!030, Loudly's MC career started.