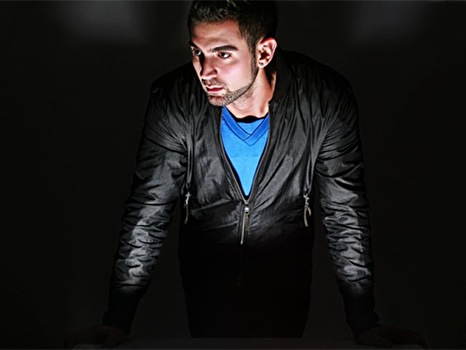 With a portfolio of productions bursting at the brim, support from the most established artists has continued to quickly follow. Tracks such as 'Beruit' found itself hand-picked as the 'Best of 2011' on Vandit's yearly compilation album, 'Drift' being featured on 'Armada's 'Exclusive Tracks and Remixes Volume 2' album and 'Rollercoaster' (Mental Asylum Records) chosen by BBC Radio 's Jordan Suckley's for his 'The Weekend Has Landed' C.D. Not only that, but Rollercoaster was dropped in front of 10,000 clubbers by Aly & Fila at 'A State of Trance' Kuala Lumpur, Juggernaut (Mental Asylum Records) played by Armin Van Buuren on the most listened to Trance show 'A State of Trance' radio and his remix of Paul Van Dyk's – The Ocean (Vandit) played out at sold out shows in his gig calendar during 2012 and 2013.

Not content on working alone, Eddie's has found himself in the studio writing tracks with the likes of Bryan Kearney, Paul Webster, Indecent Noise & many more!!

Expect to hear dark and twisted sounds, ranging from big uplifting Trance melodies, thunderous tech drops and glitch infused Psy, blending a mixture of his own productions and other underground tracks, all pounding from wall-to-wall in to the early clubbing hours.

Want to hear more of Eddie Bitar? Check out his show 'The Verdict' exclusively on AH.FM every second Tuesday 23:00-01:00 GMT, his website at www.eddiebitar.com, Facebook at www.Facebook.com/eddiebitar !