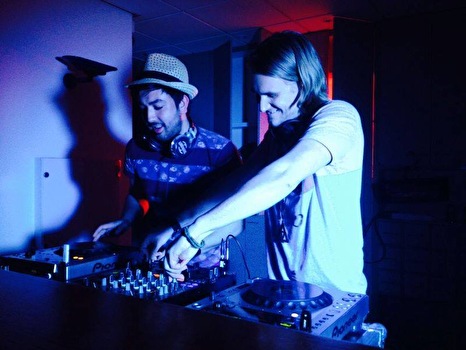 The one having been influenced by filthy progressive house and the other coming from a raw dubstep/electro rave attitude. These 2 friends combined forces to create a new sound in the Electronic Dance Music scene. They want to combine the feeling and atmosphere of a sweaty underground dark rave cave with the adrenaline and spectacle of a mainstage performance at a huge festival.