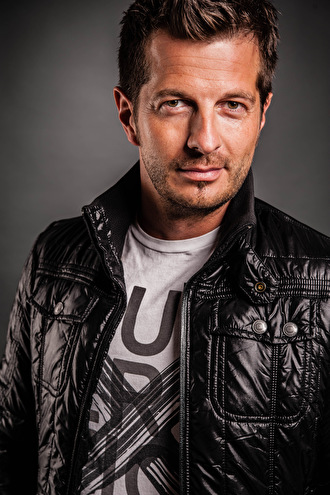 Being very well known for his variety of productions and remixes for artists like Andy Moor, Markus Schulz, Alex M.O.R.P.H., Talla 2XLC and Kurd Maverick, 2002 he started a still lasting working relationship with no other than ATB. This not only influenced the last ATB albums, but also allowed Josh to explore and broaden his horizon, both personally and musically. This relationship also wakes up his passion for DJing and gives him the possibility to travel all around the globe with ATB on his tours and booking.

"I still love to work as producer in the background, but to be on stage is the greatest feeling. I'm simply addicted to feel the energy of the crowd."

2008 he finally released his long anticipated solo single "1st Strike" under the pseudonym Josh Gallahan on the well known label "A State of Trance", and got massive support by guys like Armin van Buuren, Markus Schulz, Paul Oakenfold to name a few.

After his successful first single Josh's next stroke of genius was "Shades of Love", featuring the vocals of none other than the internationally well known singer Jennifer Karr.
In 2010 he once again showed his compassion for electronic dance music by working on many songs as a producer and contributing songs as songwriter for ATBs top 10 album "Future Memories". One of the most popular tracks of the album is ATB pres. Josh Gallahan "Luminescence".

2011 started furiously with his single "Sunday Afternoon" and the next ATB Top 10 album "Distant Earth" including tracks like ATB & Josh Gallahan "Chapter One". Under his synonym Anova, Josh also released on the second CD of Distant Earth his ambient track "Sternenwanderer", which shows with emotional melodies his more quite side and proved his enormous musical portfolio as producer.

Another highlights of 2011 are definitely his remixes for Axwell's worldwide clubhit "Heart is King" as well as for ATBs "Killing me inside". Two fantastic tracks which accompanied him beneath other on gigs at Cocoon Club, Germany; Marquee Club, USA; Club Premier, Mexico; Kiss FM Birthday, Ukraine; ATB in Concert, Poland; Ton aus Strom, Germany; Electrocity, Poland; Club Kremlin, Romania.

His current tracks are called "In and Out Of Love" and "Sunset Beach", which he produced together with ATB under his new pseudonym "rudee". The tracks were published on the compilation "Sunset Beach DJ Session 2" in the middle of 2012. With this new pseudonym and the actual publications in his luggage, he went on an extensive tour in the USA during which time he travelled three weeks across the country performing in ten different cities. And also during his performances at the "Spring Wave Music Festival" in Taiwan the "Teklife Festival" in Azerbaijan or at the Trancefusion in Czech beginning of 2013 he proved that the stage name "rudee" has long ago arrived in the international Dance Scene and has fully been accepted.