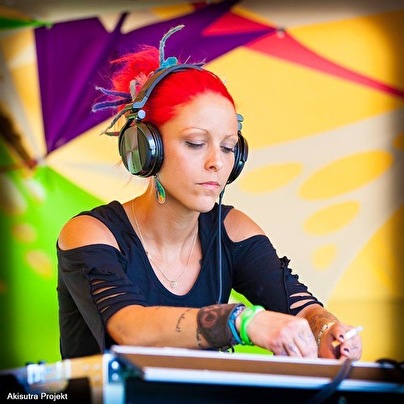 Charlotte started Quality Sounds DK in february 2012, and promoted her first psytrance event in august, in a small local disco !

Charlotte bought her dj equipment spring 2009. She was a fast learner and worked hard.... after only half a year, she made her debut at the Danish psytrance scene.
Shortly after, she was signed by a German label, Multiplex Records.
November 2011 she did her first compilation, VA – Quality with big succes ! ( multiplex-records.com/va-quality-mp020-2011/ )
April 2013, she just finished her second compilation, V.A - Quality 2. Hopefully with as great succes ! ( multiplex-records.com/various-artist…it-mp035-2013/ )
Her first international gig is at the Psy-fi Openair festival in Holland 2013.