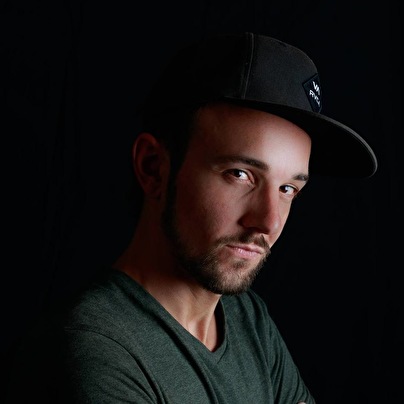 Penta's sound can be described as raw and dark. Combining raw kicks, dark synths and cutting snares, he strives to bring a new storm in the industrial sound with his own vision on hardcore.

Penta's performances are direct reflections of his own character, due to his great passion for dark underground sound; his sets are highly energetic and are composed out of precisely picked tracks which all have their individual role in the ensemble of the set.

Already familiar with the TTM sound since 2004, Aaron grew up with the more industrial side of hardcore & techno, favoring the hard screeches, distorted sound manipulations and everything else that makes a brain turn in multiple directions. It was only until 9 years later that Aaron started DJ-ing and producing.

Driven by passion and great dedication, his hard work paid off in 2014 as he was discovered by DJ Promo himself. Impressed by what Aaron had achieved in such a short time, Promo knew there was a place for him on his label: The Third Movement. In May 2015, Penta's first release was a fact and his Stormrage EP hit the scene.

Privileged by the fact that he could start his career at The Third Movement, he's set strive for perfection and out to prove his significance to the scene.