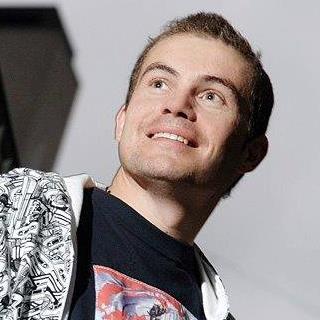 Francesco has been working in the dance scene since 1991. Before that, music has always been a significant part of his life. He already managed to make a name by releasing quite a lot of his own productions. He has also remixed numerous productions, so it is fair to say his work is quite impressive. His productions and remixes have been released by labels like: Global Underground, Audio Therapy (Dave Seaman), Urbantorque, Outside The Box (Eelke Kleijn), Proton Music, Manual music, Extrema music, Odori (Chris Duckenfield), Briquerouge, Good:as, Onestar (Erick E) and his own label: Magnitude Recordings. His releases were admitted in the play list of many famous deejays, and reviews in several magazines were very positive on his work.

In 2007, Francesco launched his very first artist album "Imagining Sounds". Its first single "All by yourself" was a huge success. His biggest supporter of this track was dj Sasha. The world-renowned dj used "All by yourself" in his Essential mix, which was broadcasted in August from Ibiza's "Amnesia". The track has also been used as closing track on Jimmy van M's "Balance 10.1" album.

Later that year Francesco has been picked up by the world famous British label "Global Underground". A few tracks have been released on albums like GU:MIXED2, 5YGU, Afterhours IBIZA II and Electric Calm 4 but also as EP on the GU:Music label. He also made a few remixes for Global Underground of tracks by Alex Dolby, The Remote and Eelke Kleijn.

In June 2009 Francesco's second album "Imagining sounds part 2″ has been released on Eelke Kleijn's Outside the Box imprint. It again got huge support by great names like Sasha, Hernan Cattaneo and Nick Warren. Also part 2 recieved some very good reviews: "With Imagining Sounds 2, Francesco Pico delivers a praiseworthy second album that can easily take on the competition with releases from the biggest names in the field of proggy music. The sequencing is brilliant, the sounds are crisp and clear, and the entire album oozes with atmosphere. Recommended!"[365mag].

2011 marked the release of his third artist album 'Absolutely Flabbergasted' on the Manual Music label, which one again was a huge success, receiving massive support- and positive reviews from the major players- and press in the scene.

Till this very day Francesco remains busy in the studio on various projects, and releases / remixes from his hand see the light of day on a regular basis. It's pretty safe to say that Francesco Pico has become a household name in the electronic music industry. A fact that nobody can deny.