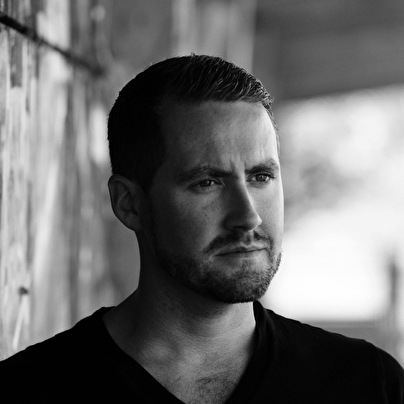 Hailing from the Lower Saxony region, the young German first cut his musical teeth on the renowned Euphonic imprint, quickly and successfully spinning his production profile off into a into a DJ career that seen him in high demand behind the decks throughout his native Germany. Five years down the line and Steve's DJ'd the world's A-to-Z - everywhere from Antigua, on the Ministry of Sound's recent club tour to Russia's Renaissance Club (and numerous points in between). He's also expanded his label remit to a host of other highly regarded imprints, most recently signing to Cosmic Gate's WYM Records. His 'Time & Time' debut for the label created instant heat with fans, DJs and the press alike (with MIXMAG scoring it highly and trumpeting: "if you're after some irrepressibly feel-good music this month, you may well find it here!)".

A remixer of consummate skill, scope and imagination, he's reworked the music of both electronic music and classical composing legends, with everyone from Tiësto to James Horner (Avatar) and Mike Oldfield benefiting from his hyper-imaginative sonic restructures.

Over a relatively short time, Steve's amassed a sizeable and impressive discography, which has seen him release his productions through tier-one labels like Armada, Enhanced and Euphonic. With a non-denominational sound and vocal appeal, Steve's melodies have thus far found him most quickly embraced by trance & progressive fans. MIXMAG said that his 'Blood & The Wine' release for Enhanced was "a great vocal defined", while DJ Mag scored Euphonic's 'Neno Itome' 4/5, describing it as "an express train of thrashing beats, punchy percussion and bouncy bass" and pronouncing it "a whopper"!

Releases like 'Time & Time', 'Fire Sign', 'Yaya', 'Avocado' and 'La Gomera' have quickly seen him become a go-to guy for many of the electronic music scene's upper DJ echelon. His music now enjoys consistent deck support from leading trance lights including Armin van Buuren, Above & Beyond & Ferry Corsten, as well as house flamers like Tiësto, W&W & Swanky Tunes. His music has proved every bit as popular on the radio, with 'Fire Sign' bagging a Tune of the Week on Armin's A State Of Trance and 'La Gomera' scoring an ASOT Future Favourite and Record Of The Week on Above & Beyond's radio show. Like many of this others, the tracks enjoyed comparable sales success, both entering the Beatport top 10.

In other studio and music release mediums, Steve is equally versed. In 2010, he released his debut artist album (the 14-track-strong long-player 'Calera') through Euphonic and since his earliest productions, he's been a keen and innovative studio collaborator. This has seen him team up with a range of producers and singers, including ones as diverse as American folk vocalist David Berkeley and Spanish language group Almadrava.

Steve is every bit as adept a remixer as he is a producer. Included among his work are remixes of the massive club hits 'Live Forever' by Lange & Emma Hewitt and Alex M.O.R.P.H. 'From The Universe With Love'. He's also rebuilt the tracks of many a trance mainstay, Cosmic Gate, Audien, Tritonal, Lange, Andy Moor, Alex MORPH, Kyau & Albert, Ronski Speed among them. Most notably, in 2010 he reinterpreted 'I See You' – the James Horner-composed theme from the movie 'Avatar' for club floors and the following year reworked 'Stay Forever', from shared Tiësto / Showtek project Allure. In Steve also worked with Mike Oldfield on the latter's revision of his classic 'Tubular Bells' album for the release of 'Tubular Beats'.