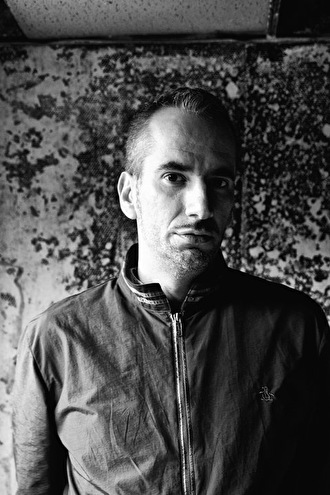 Italian producer an DJ Santos astounds year after year with his diverse and consistently inspiring productions, showing that if you've got the raw talent, you can indeed be a jack of all trades and master of all of them too. He's one of those people whose creativity seems to know no bounds and needs to be indulged constantly. His quirky 2000 breakthrough track Camels remains an unforgettable and unique classic, and in the years that have passed since then he's released three acclaimed solo artist albums and the huge anthem Hold Home in 2009. To date?, he's released some 400 under a myriad of aliases (such as Maskio, Class 71, Smoke Maschine, Peter Katafalk, Bellone and Sohante), and he is executive producer for the likes of Timo Maas, Mutant Clan and Los Veteranos plus co-producer for the likes of Alex Dolby, Giorgio Roma and Trouble Soup (with Madox - now better known as Riva Starr).

He's graced the legendary Annie Nightingale's show on Radio 1, played at Japan's massive Fuji Rock Festival straight after the legendary Chemical Brothers, picked up remix credits for the likes of Fatboy Slim and Armand Van Helden. All this plus a co-production for a little lady called Madonna in 2008 (on a new version of her classic Like A Prayer on her Sweet & Sticky Tour). And that's just scraping the surface.

Continually evolving and refusing to stick to genre expectations and regulations, you can never predict where he's going to crop up next - or indeed how he's going to sound. Recent times have seen him focus once again on the house and techno formats, but creating something fresh therein on each occasion. He's graced the likes of Nic Fanciulli's Saved, John Digweed's Bedrock, Matthias Tanzmann's Moon Harbour, Get Physical, Figures, VIVa, Crosstown Rebels, Germany's Great Stuff and many more, bringing nothing but straight heat each time to these timeless and cutting-edge labels. It's undeniable: you play one of his records in a club, you see the reaction. He's an expert technician of innovative dancefloor bombs.

"Pictures come into my mind" he says of how he starts his creative process. "Sometimes it's the crowd on the dancefloor and sometimes it's a personal trip, and my mission is soundtracking these pictures and emotions." Working on several different tracks at once in order to find the right sounds and to keep his mind as fresh and open as possible, his quest to find the perfect aural accompaniment to match up to his subconscious thoughts is a wild, complex and unbounded one. With current loves including everything from alternative rock to chiptune to psychedelia to industrial music, his ears and brain form a dense musical sponge which always welcomes new ideas and tastes.

In 2008 he met his musical match in Teutonic titan Timo Maas. Together as Mutant Clan they've flipped the script on techno and "tripped the ass out of people" in the process, as they would say. Dishing out goodies on labels du jour like Connoisseur and Dubfire's SCI+TEC imprint, it wasn't long before they were in demand across the world, and the constant studio sessions also helped to relaunch Timo's career in the club underground with big comeback bangers Subtellite and Jetstream for Sven Väth's Cocoon Recordings.

The Mutant Clan project soon gave birth to a feisty little record label: the fast-acclaimed Rockets & Ponies, which has seen Santos and Timo push hot new talents like Adam Port & Santé and old friends like Riva Starr and Alex Dolby. "Working with Timo is very magical" he beams. "We have in mind the same pictures and so it's very easy to understand each other. We follow our instincts and we always meet at the same destination. We have the same background and this is important when we talk about music and what we want to feel."

You won't find many producers who keep themselves relevant over the years in such a dynamic and exciting way, as oppose to simply following the crowd and jumping on the latest musical bandwagon. The list of supporting DJs is quite frankly ridiculous – Ricardo Villalobos, Luciano, Locodice, Sven Väth, Carl Cox, Carl Craig, Ellen Allien, Jesse Rose, Shlomi Aber, Lee Curtiss, Deetron, Slam, Bushwacka!, Karotte and Till Von Sein to name just a few. What's the secret to his myriad successes and ever-young sound then? It's quite simple: "ignore the trends and do the opposite of what the market says".

Check out his myspace there is some awesome music on it