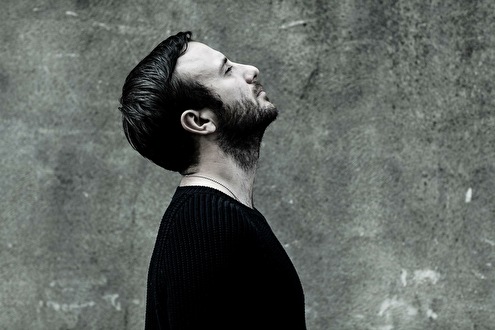 Initially a hip-hop head, the seeds of his love for dance music were planted by both his late cousin, who was an avid raver, and his father, who introduced him to Daft Punk. While stationed in Iraq, (Al Amarah to be precise), Rob spent much of his time in the cinema area due to his base being under constant mortar fire. During one of these intense cinema sessions, a member of his unit happened to put on a Tiësto DVD. Inspired by the reaction of both the ravers in the film and his fellow soldiers, Rob invested in some dance CDs to keep him buoyant during his time away and began hitting the clubs when he was back home in the north of England, quickly dumping trance for the world of techno.

Within a short while he'd picked up some decks, working up from a few gigs at house parties to eventually landing a residency at local Blackpool haunt The Peppermint Lounge. But life after the army proved to be difficult and the DJ work wasn't enough to keep him afloat – he ended up flitting from one job to another and even spent some time on the dole. Finally he decided to head to Ibiza for a season in 2007 armed with just 150Euros, a CD wallet and a small bag containing his belongings. It proved to be a master stroke and inspired further visits to the White Island over the next two years. Thanks to these trips he picked up a residency at the Zoo Project as well as meeting most of the people he now works with, including close friends Jamie Jones and Richy Ahmed – both of whom he met in one of the world's most important clubs, DC10. A slew of marathon sets at after-parties helped to showcase his talents on the decks to various industry figureheads, setting him in good stead for his return to the UK.

When he got back from that first trip Rob gravitated towards the ever-buzzing northern city of Leeds, where things finally began to take shape. There his friend Foz started a night called Dirty Disco, where he worked as a chaperone for DJs and, eventually, after another season in Ibiza in 2008, he left Blackpool behind for good and set up shop in Leeds. Being based in such a hub for electronic music helped Rob to really establish himself as a reputable DJ, playing at many of the city's best clubs including Mint and Back To Basics and easing himself into the world of production. Meanwhile he stayed in touch with Jamie Jones and his partner Lee Foss, becoming one of the very first artists to release music via their much-lauded imprint Hot Creations. By 2011 he'd been named as One To Watch by Radio 1's Pete Tong, and he was travelling the globe as one of the main members of Hot Creations.

After five years in Leeds though, it was time to move on and London was his next stop. Calling a halt to the non-stop party lifestyle Leeds is famous for, Rob's move to London helped renew his focus and increased his work ethic. After living with Jamie and the gang for a while, he moved into a flat with Russ Yallop and Kenny Glasgow, where he found their dedication to studio time inspired him to follow suit.

2012 saw Robert focused more on touring, traversing the globe, picking up gigs and residencies at some of the planet's most highly-regarded clubs. A three-hour set at Berlin's seminal Panorama Bar among his personal highlights - a peak-time afternoon slot which he describes as his 'best ever' – a dream come true, in fact. Add to that a summertime residency at the hallowed grounds of DC10 as part of Jamie Jones' Paradise nights (plus a slot at Circo Loco's closing party) and gigs from South and North America, across to Croatia, France, Hungary and Holland and you've got a hell of a lot of air miles and hours on the ones and twos. (A recent return to vinyl has also helped fuel his unwavering passion for the art of DJing).

At 27 years of age, it would be easy for anyone in Robert's position to take advantage and rush into things, but he's in no hurry, preferring to take things steady and build up a solid reputation. "I don't want to rush into things, I don't want to go 'Boom!' and over do it," he says, mindful of becoming a flash in the pan, as can so easily happen in electronic music with the wrong approach. "I'm enjoying the steady ascent, each year I feel like I'm getting better and better, I think..." says Rob in his ever modest tone. This air of self-doubt and a down-to-earth attitude is what makes Rob's dexterity on the decks and in the studio even more impressive. There's no flashy attitude or arrogance, just a constant work ethic and a desire to keep progressing despite already being in such high demand around the globe.

After a relatively quiet 2012, production-wise, Robert has set up a studio in his new east London and is preparing to unleash a fresh batch of new music in 2013. His back catalogue is already littered with modern-day classics, the seminal Malibu which he recorded with occasional collaborator Burnski along with Sleep Moods, Can U Keep It and some unforgettable remixes including Simon Baker's Grey Area (again with Burnski) and Ben Westbeech's Something For The Weekend, which he produced with Hot Creations head honcho Lee Foss. In 2013, he will turn things up a notch, with a mix for the infamous Rebelpod series already in the pipeline together with planned releases on Jamie's new Hot Trax imprint, Leeds-based Love Not Money and an EP with Simon Baker on LA's influential Culprit label. Plus there are plans afoot to reunite with sparring partner Burnski for a brand new EP.

Rob's tentative approach to his career will continue in 2013, as he adds more strings to his bow and continues to work on establishing a universally sterling reputation. He's already well on his way, but you can expect Robert James to keep on his careful forward momentum for years to come...