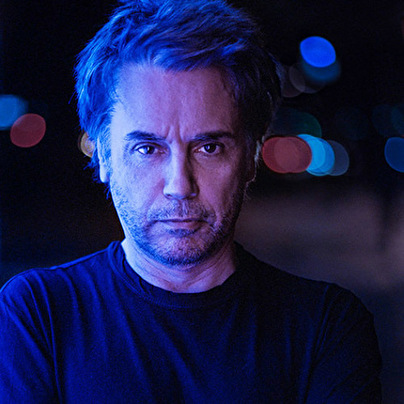 Multifaceted artist, Jean-Michel Jarre is also composer and lyricist of milestone hits in his native France and composer of international movie soundtracks. Apart from his activities directly linked to musical composition, Jean-Michel Jarre has been spokesperson for IFPI and has headed various lobbies for Internet copyright legislation before the European Parliament. Since June 2013 Jarre was elected president of CISAC succeeding the late Robin Gibb.

Jean-Michel Jarre is also, for the past two decades, UNESCO spokesperson and Ambassador contributing to the awareness of two key UN Millennium projects 'Water for Life" and 'Education for All".

master of house music and a icon for many dj's and producers!!

Jean Michel Jarre emerged in the 70's with "Oxygene" as pioneer of a new genre of music. At this end of the century electronic music has become one of the most popular cultural trends and Jarre has continuously contributed to its growth with over 55 million albums sold worldwide.

... He is renowned for his unique urban concert performances where he melts music, light and architecture into an accomplished art form, attracting some of the largest concert audiences ever.

... "Making The Steamroller Fly" is an insight into Jean Michel Jarre's singular approach as musician and artist on a road that had yet to be travelled.

Sometimes I am so proud to be French !