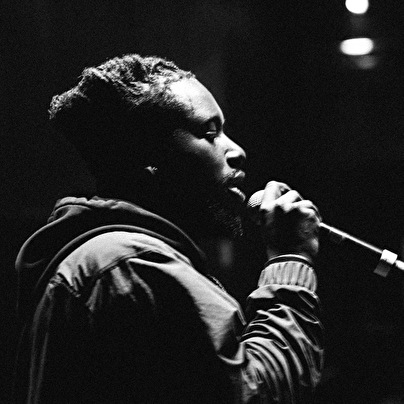 Music has been the only constant factor in his life. Learning everything he could from the best in his surroundings, he has thereby developed his own style and flow that helped him made his mark in Belgian hip hop. He formed a musical collective called Weardo with his neighbourhood friends. He landed in TMF's (former local music channel in Belgium) top 5 with his music video '5 Seconds'. In 2011, he made his first mixtape "On My Way". And in 2013 he made his first in-house album "Uncut Diamond". One of the tracks on the album called "Growing Pains" got played regularly on MTV. But despite his efforts and being in the charts of TMF and MTV, he never got picked up by the Belgian media. This resulted in frustrations and made him delete his videos from the internet, including 'Growing Pains'.

And for some years after that he still found himself encountering a pitfall and lost his passion for music. Nothing seemed to inspire him to get productive musically, which led him to the edge of (almost) abandoning his gifts and talents.

Still struggling to find out his purpose with music, he still made a life-changing decision to leave Belgium for Barcelona. A metropolitan city that's still under construction, but abundant with palmtrees and beaches, is exactly the kind of environment that he needed to stimulate his senses again.

Even though he was surrounded by an abundance of nature and culture, leading his core fanbase to think that he was living abundantly.. the reality was that building a new life in a new country didn't go as smoothly as he thought it would go. Juggling between a 9 to 5 and music was his constant battle.

Slowly, but surely he picked up music again. Hesitant at first, but with full focus and determination, he found himself making music again. Testing the waters by releasing some tracks online, he got picked up by the right channels to expose his music. And this led him to Sony, where he found his new musical home.

He recently was the face of a G-STAR RAW and i-D VICE campaign, where they took pictures of different artists right before they went on stage. His recent single 'Take Me Away' was picked up by Survivor's Remorse, a TV series by Starz — co-produced by Lebron James. On the premiere of the 3rd season, you could hear 'Take Me Away' during one of the scene's prior to it's release.