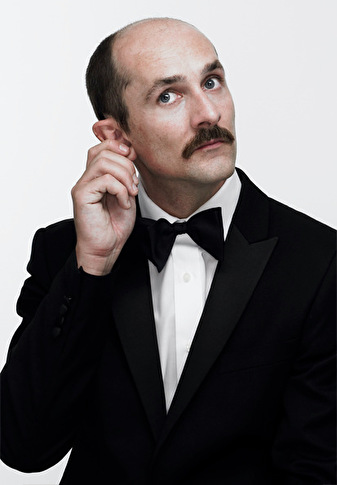 Most notably Smith, with partner James Priestley, transformed the face of London clubbing and influenced Sunday clubbing worldwide with the birth of his secretsundaze party over a decade ago. Since then it has become an ever more essential party for those in the know, with a quality, uncompromising, soundtrack that has influenced the scene at large no end. Now also encompassing a revered DJ Agency (TSA Artists) assured label (secretsundaze records) and mix compilation series (the 1st edition in 2007 edition of which was mixed live at home sans any computer trickery by Giles), the brand spreads far and wide with events in Tokyo, Barcelona, New York, Berlin and Croatia to name a few.

On a personal level, Smith has played everywhere you'd expect of a modern great – from Panorama Bar to Robert Johnson, Fabric to Plastic People, Trouw to Cielo, The Rex to Club 11 as well as at many of the parties which most influenced him in the early days including Back to Basics and Faith. "At the beginning it was the sounds of Blaze, Larry Heard, Ron and Chez who were – and remain – some of my biggest influences alongside UK mid 90s house labels such as Junior Boys Own and Paper but I'm also drawn to the more modern European sounds from Germany, Holland and of course will always pay close attention to Detroit and Chicago which still to this day provide me with some of the most authentic and inspiring music."

As a DJ Giles' sets are always noted for their subtle selection, strong programming and smooth style despite covering many bases over the course of a set. His contributions to some of the most high end podcasts is testament to this with mixes for the likes of Resident Advisor, Little White Earbuds, Audio Families and most recently ID under his belt.

With house and techno running through his veins, it's no surprise Smith was eventually lured into the studio to craft his own sounds. The results nearly always in collaboration with the late great Martin Dawson as Two Armadillos, have been some of the most immediately timeless house music of recent years, deep but with feeling, purposeful yet poised. "My aims with music are really just to make something that will not age" muses Giles. "So much dance music sounds contrived following a fad or fashion and this is something that I avoid at all cost. I also have a strong belief in keeping the human touch, not overproducing music and keeping a live, more natural and raw sound." Releasing 14 EP's together, a handful of choice remixes, numerous mix compilation licenses and most recently starting a live set together, perhaps the duo's best example of their work can be heard on their 3 part series LP 'Golden Age Thinking'.

The end of 2012 saw the tragic loss of Giles' great friend and production partner in Martin Dawson. They collaborated to great success for 6 years, and there is unreleased material and remixes that will see the light of day in 2013 and are sure to act as a fitting tribute to Martin. The future is bound to realise new partnerships and projects with Giles' persistent passion and desire to share the music he loves not likely to leave him any time soon.