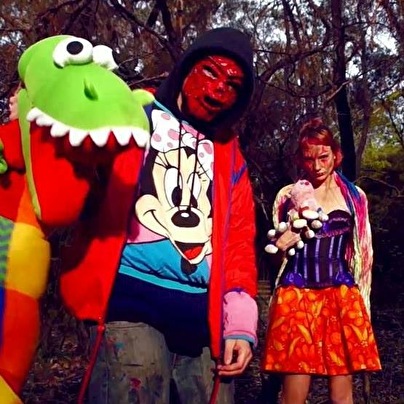 RELEASED THE FIRST PASSENGER OF SHIT full lenght album on hand made cdr in May 2000 on self run crap label shit wank ,artwork by P/O/S- about 30 were made

MADE A TAPE - WAS MEANT TO BE POS 3 but the fucking hard drive was zapd by lighting or someshit and died ,only 1 tape copy was made. cant be fuckd ..making copies some cool hip people have them ..blabla..also an album of dysphemics was lost , as we were using the same computer at the time..crap days

played some shows in sydney with groups like system corrupt ,and com-baton .and some techno parties in the blue mountains + sydney .also made a bunch of small improv /noise events in hazelbrook called HAZELBROOK MUSIC DERBY

playd some shows in europe july-sept- INVITED for noisekicks birthday 07 .

played some more shows in europe may aug 08

2009 - played at ALL OF TOMORROWS PARTIES in melbourne and sydney

2009 moved to The Netherlands

2009 -may-july toured for a few months in played lots of shows ,dominator ,nightmare outdoor ,jesus was a zombie,

2009 december played a few shows in russia -HARD2BCORE in moscow

2010-recorded many tracks for releases which never happened

2010 -september moved back to australia to the poo mountains

2011 - released 'SURFING DOWN THE DUNNY ' ep on Special Forces