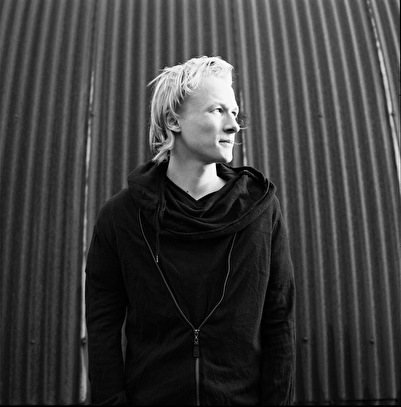 It was when he turned 15 he started playing vinyl's on his neighbour's old belt drive Soundlabs.
After a year that he decided to play for public as well, so he entered a contest, won and became resident for most of the party's of the organisation. After that he played at a lot of party's at clubs, café's, birthday parties, hockey parties, teenage party's and illegal parties in and around his old hometown, Hilversum. His parents didn't like any of this, because they thought it would be affecting his school performances. He didn't let that get him in the way, so he climbed out his window at night to play his sets, regarding of what his parents thought of that.

From the age of 17 he was already giving events from DJ-contests, to Friday afternoon pré-party and club nights in his hometown Hilversum.
His DJ-contest eventually turned into Deep FM's annually national DJ-contest.
On the 9th of June 2012 he had his first edition of VLOW, which is a new concept he launched at the HEM-kelder, Amsterdam with headliner Ken Ishii who played a legendary set.
The concept is to create more interactivity with the audience by using theatrical experiences.
He has is own VLOW area on the new indoor festival Playground given on the 24th of November this year, where he is in charge of the musical programming of the Playground Techno edition.

At the age 16 when he was already playing at the Studio 80, after several return gigs he became resident and is now also resident on the Thursday WKND nights, where he programs the second area of the club.
Besides that he played at all major clubs & bars in Amsterdam & Utrecht.
Not only active in his home country, he also performed at Starbeach Village (Greece) and clubs & bars in Marbella.

Microove's a typical DJ that doesn't play for his public, but with his public. He always try's to feel the crowd, the club and the sound, so that he can play the perfect set considering those three elements.
Where his style was very eclectic in the beginning, his sound now divers from House to Techno and something in between. Almost all genres can have some kind of effect in his music, but not in an eclectic way, like he used to play when he was younger. He's always sticking to that phat groove, pumping beats, snares and hi-hats, creating grooves with loops of bass lines and other rides. With that he creates tempo changes. As he says himself: " I like's to break the boundaries between House & Techno, sometime's the heavy point may be on the Techno side and sometimes the weight will be more on the House side."

In the year 2008 he did the Electronic Music Production at the School for Audio Sound and Engineering in Amsterdam. Since that time he's been perfecting his sound.
He try's to keep his productions as diverse in genres as possible, showing that he is a diverse artist as well. Although he always gives it, that: 'Microove', edge.